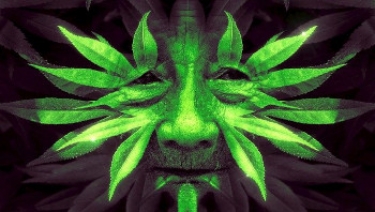 Image by Stefan Keller from Pixabay

The Australian Government is attempting to fix a manufactured problem — disinformation on social media — without properly assessing the source to see if vested interests are pushing a case for which there is no basis.

In the process, numerous government departments have been roped in and much jaw is taking place – over a dubious report from the defence industry-funded lobby group Australian Strategic Policy Institute.

Having witnessed the success of the fictitious Russiagate scandal in the US — when a whole lot of time and effort were spent chasing alleged Russian spies who were said to have fixed an election which was actually lost due to poor campaigning by Democrat Hillary Clinton — ASPI is now attempting to whip up fear, uncertainty and doubt over an imaginary exercise in Australia.

If a relatively small number of social media messages can influence an election in which there is compulsory voting, then it is time to start believing in the tooth fairy. And Santa Claus.

ASPI has considerable clout with the government and so a Senate inquiry was pushed through. This, based on a "research" paper that claimed elections were fixed only by two countries: Russia and China.

There seems to be a prominent omission there: the US of A which fixes elections all over the globe either directly or by proxy, murders leaders when it suits, and generally makes a big mess that others have to clean up. The prime example at the moment is Afghanistan where, after nearly 20 years and the expenditure of trillions of dollars, there is nothing to show.

Why, the US even meddled in Australian politics in 1975, leading to the sacking of the late Gough Whitlam, one of the better leaders this country has had. But as far as ASPI's "research" is concerned, Washington is as pure as the driven snow.

The government has now drafted the Australian Communications and Media Authority into the cause; ACMA is a body known for its ability to produce turgid, unreadable 3000-odd page reports and one such report will doubtless emerge at a predetermined time. Like all its other reports, it will gather dust on some shelf somewhere.

But what about the misinformation spread locally? We still don't know the official truth about the children overboard affair that won John Howard the 2001 election. Neither are we are any clearer on what has been done to stop Clive Palmer from spreading misinformation as he did during the last federal poll.

What about Labor's misinformation campaign about Medicare, something which earned the moniker Mediscare? What about the misinformation spread by the Coalition about franking credits last year?

There is a lot of garbage in Australia's own backyard but politicians are trying to create a bogus enemy who can be blamed when things go wrong.

It is clear to even those with the IQ of a bandicoot that China comes after Australia because Canberra acts as a proxy for the US. How many times have you heard about China going after New Zealand or Canada? Both countries are very much part of the Five Eyes security grouping, but know how to mind their own business and not carry water for Donald Trump.

Trump is beating up everything possible about China because he thinks drumming up xenophobia will carry him over the line in November. Close behind him is Morrison, doing what he can to aid the man in order to please him. The government does not have $83 million to give the ABC, an organisation that serves the nation, yet Morrison had $150 million to throw at Trump's stupid space exploration move.

There's more misinformation in day-to-day life in Australia. What about the case of Bernard Collaery and Witness K? Witness J? Julian Assange? David McBride? Yet the government's concern is over some tweet made by a Chinese man who probably doesn't know what it means, but carried out the task because he was paid.

ASPI has big money to spend in its bid to beat the drums of war and get countries in the Asia-Pacific running to its sponsors — the likes of shipbuilder Austal, US defence contractor Lockheed Martin, US defence supplier Northrop Grumman, Swedish defence company Saab, the Australian arm of American defence contractor Raytheon, MBDA Missile Systems, French defence giant Thales, Jacobs, a global provider of technical, professional, and scientific services and General Atomics Aeronautical — to buy more weapons that boost the profits of these companies and lead to more money pouring into ASPI's coffers.

Australians are being fooled into looking in the wrong direction when the shit is just under their noses. It has a name too: ASPI.

More in this category: « Google sets the record straight on news. Or something to that effect Cosying up to the government won't improve things for the ABC. Better to go down fighting »
Share News tips for the iTWire Journalists? Your tip will be anonymous