Google sets the record straight on news. Or something to that effect Featured 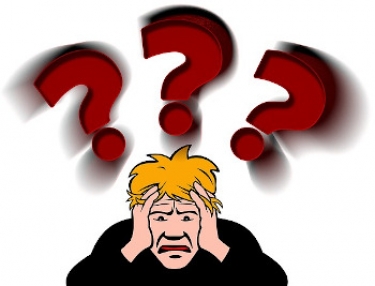 Search giant Google has offered another clarification, the second since it proudly announced "a new news experience launching later this year", with its vice-president of News, Richard Gingras authoring a fresh blog post on Friday (Saturday Australian time) to either clarify — or add confusion to, depending on how you look at it — the initial announcement by Brad Bender, the company's vice-president of Product Management in the news division.

The first clarification was offered to The Australian newspaper by Google Australia managing director Mel Silva and was related to the fact that Bender's announcement did not mean Google would pay Australian publishers money for using their news snippets in search results. A small variation of Money for nothing and your chicks for free as Dire Straits icon Mark Knopfler sang so many years ago.

Silva was careful to avoid any comment about this when iTWire raised a query with the company; instead, there was a rather hashed response which I have written about here.

But now to Gingras, whose contribution is titled "Setting the record straight on news", which means that Bender did not get it right. That's the only logical conclusion one can draw.

He starts off by saying what every two-bit newspaper employee knows: the business model for news has changed. No shit, Sherlock!

Google, according to Gingras, is a company which has a mission "focused on making information universally accessible", adding "we are invested in helping journalism not only survive, but thrive". Yeah, only until this point in time, I really thought Google was an advertising business devoted to picking up every scrap of information about anyone who uses its services in order to offer targeted advertising services to all and sundry. How wrong I have been! Forgive me, O great one.

Gingras claimed that "we are playing our part in enabling a better future for news". He then claims that there have been "recent inaccurate claims about how Google works with the news industry and our value exchange with publishers." Hence the good Gingras says it is "important to set the record straight". Who has been making these wicked claims, I wonder.

Now as someone who has been in the newspaper and online news business for 40 years, in three countries, under democratic and dictatorial governments, I thought I had seen every shade of BS there is. But Gingras is a new experience and even, at times, exceeds the most egregious example I have seen in Australia so far: this.

On with Gingras' spiel: Google offers societal value, not economic value. In other words, Google only makes money when people carry out commercial queries, not news queries. "The value of news to Google is about informing and educating, not economics," says the vice-president. Then why is the company going to so much trouble to spin this issue over and over again?

Could it just be that there is a morsel of fear in the Chocolate Factory that if Australian Competition and Consumer Commission chairman Rod Sims were to come up with a mandatory code that had teeth, something that put the company under pressure, it would have to go crying to the US Government (and Uncle Donald Trump) to save its bacon, an administration that is not exactly as friendly to it as the previous Obama regime was? Those were the days when someone at Google or an ex-Google employee would visit the White House on at least a weekly basis.

According to Gingras, Google compensates publishers fairly in a number of different ways. Permit me, gentle reader, to quote the man in full here: "Sending people to publishers' news sites — not keeping them 'walled' up on Google products, as some claim — is a key way we provide value to the news industry. Every month we send Google users to news sites 24 billion times, providing an opportunity for publishers to grow their audiences and show Google’s users ads or offers for subscriptions. Deloitte puts a value of each click for large publishers at roughly between 4-7 U.S. cents." [That would be the same Deloitte that played a role (along with Boston Consulting Group and KordaMentha) in providing former Australian prime minister Malcolm Turnbull a blueprint that recommended the multi-technology mix national broadband network for Australia. Now that is a company which you can definitely depend on to provide the straight dope. (See page 188 of the hardcover version of Turnbull's recent book)].

Gingras adds that his employer also invests in advertising technologies that help thousands of news publishers to grow their businesses. "On average, we found news publishers keep over 95% of the digital advertising revenue they generate when they use Ad Manager to show ads on their websites," he writes. You'd have to wonder: if Google is, as Gingras makes out, the perfect combination of the late Mother Teresa and the legendary Robin Hood, then why are companies and governments falling over each other to file lawsuits against it? Could this be a re-run of the way Jesus was treated by the high priests some 2000 years ago?

The remainder of Gingras' spiel is that publishers are in the drivers' seat (that apostrophe is misplaced surely?), that Google respects publishers' copyright and that the company builds technology "to improve how our products work for users and help the wider web".

And none of this is done to benefit Google. No, this is a perfect example of a firm that "does no evil". Have you ever seen such a miscarriage of justice? I can hardly hold back the tears.

Gingras ends with this: "We hope these facts contribute to a constructive discussion of how the news industry is evolving to meet the challenges and the needs of users in an increasingly digital world. We want to be both part of the conversation and the solution."

I seem to recall that last year, The Intercept wrote about a certain American company that was planning to set up a censored search engine in China in order to make money. This firm left the country in 2010 because authorities in Beijing hacked into its servers. But surely that could not be Google, can it? No, it can't be because a company that is a cross between Mahatma Gandhi and Malala Yousufzai would never do something like that.

Perhaps a better idea for Google would be to shut up, simply pay for what it uses and avoid getting shredded in the media. What it would have to pay out would be small change to maintain any reputation it has left and avoid being called a cheat. There's an old saying from somewhere which goes this way: "What does it profit a man if he gains the whole world and loses his own soul?" Gingras might do well to ponder those words of wisdom.

More in this category: « Google keeps Mel Silva under wraps after 'clarification' on news proposal Government trying very hard to fix a problem that does not really exist »
Share News tips for the iTWire Journalists? Your tip will be anonymous