Giving ASD a domestic role is an extremely slippery slope 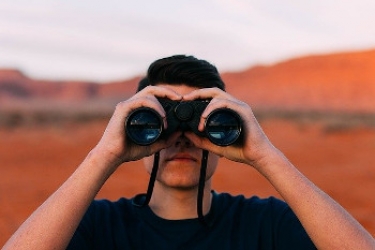 When the Federal Government issued a discussion paper in September last year indicating that it wanted to use the same as the basis for drafting a new cyber security strategy for 2020, it was quite clear that what was being looked at was a bigger role for the Australian Signals Directorate.

On Wednesday, the government ramped up its campaign, bringing out three of its security agency chiefs to push the message that more laws were needed to keep track of the increased child abuse that was being propagated using the Internet as a base.

Child abuse and sexual exploitation is an emotional subject and one from which anyone, apart from the perpetrators, would recoil. A report from the Australian Institute of Criminology that showed 256 Australians had spent about $1.3 million to purchase child sexual abuse material, chiefly from the Philippines, was used as the base for all the arguments put forward on Wednesday.

The last time the government wanted to put in new laws to control the IT sector, the spectre of terrorism was raised. That, too, is a sensitive subject, one that has been used very successfully in the US and other Western nations to put in place restriction after restriction, most of them of little use. Security expert Bruce Schneier refers to such efforts as "security theatre".

Judging from the statements of Kershaw, Phelan and Rose, all want to make their jobs easier, a message that sounds deceptively simple. But to give the ASD a role such as that played by the US National Security Agency, is one step on a slippery slope and one fears that once a hammer is used, every problem will start to look like a nail.

Of course, the answer from the politicians will be that it will only be for very specific cases. That's the same talk that was advanced when the metadata retention laws were being pushed – it would be sought only in select cases. In 2018, during hearings on the encryption bill — or the Telecommunications and Other Legislation Amendment (Assistance and Access) Bill 2018 — the head of the Communications Alliance, John Stanton, provided documentation to show that the list of agencies seeking to have a taste of metadata had expanded to 81.

That happens with most laws that are used to control the populace, to ramp up the fear factor and keep people in check.

Anyone who says or writes a word against the proposal to give the ASD a starring role could well be accused of being a friend of child abusers. Home Affairs Minister Peter Dutton is not above that kind of invective; towards the end of last year, he castigated Apple chief executive Tim Cook and Facebook chief executive Mark Zuckerberg accusing them of being "morally bankrupt on the issue of encryption and protecting children".

Dutton made the statement at a global summit to tackle child sexual exploitation in Addis Ababa.

Given this, it is highly unlikely that what passes for the Opposition — the Australian Labor Party — will even raise a whimper. When the encryption laws were being muscled through parliament in December 2018, Labor made much of its support, saying it had been conditional on several amendments.

Those amendments are still hanging fire more than 14 months after the laws took effect.

One does not expect anything different to eventuate this time; there will be consultations but not much, apart from superficial change which makes no difference, will be incorporated. Having sat through all the hearings conducted by the Parliamentary Joint Committee on Intelligence and Security to discuss the encryption laws, one knows what to expect.

Once the ASD is in the picture, its role will only expand. There is never any case of going back from such a step. The US had a reason provided to it to give the NSA carte blanche to snoop on all and sundry in secret – the 9/11 attacks. But where there is no cause, politicians can always create their own.

And that is what has happened. That just two journalists at the National Press Club asked anything like combative questions, shows that this proposal will float through like a gossamer cloud. One journalist even asked Kershaw what kind of laws he wanted; the AFP chief was somewhat taken aback and responded by saying that if one asked the police for what laws were needed, they would say everything.

Australia has always been a secretive country; with this proposal, it will become more so.

More in this category: « Huawei issue: Australia reverts to playing deputy sheriff role for US ASD withdrawal from cloud certification will add to cyber risk »
Share News tips for the iTWire Journalists? Your tip will be anonymous