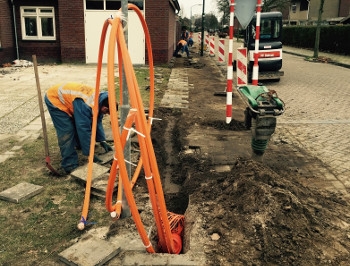 What's wrong with Australia's national broadband network? That's a hoary old chestnut which has been asked and answered many times over the last five years or more, so when the ABC ran a programme asking the same question, it could only come up with the same answers as before. But in much less detail.

In many ways, the ABC's Four Corners programme on Monday night was quite like the NBN itself – a bit of a mess. It did not deal with anything in detail and left this writer wondering why there was a need for a programme of this nature at all.

Reporter Jeff Thompson attempted to do too much in the 50 minutes and ended up traversing paths which everyone who has written about the NBN already has.

There was a little bit about the superiority of New Zealand's network and how games developers do well there due to the gigabit speeds, compared to folk over here; a little about those in Australia who are waiting, like Godot, for NBN connections for months and months; and a bit of chat with contractors who pointed out shoddy work that was done because people are paid by the job.

Many of the usual suspects were there: the NBN Co's first chief executive Mike Quigley lamented that the chance to set up a first-class network had been lost. But he was not afforded the time to explain the how and the why, so it left the curious ones wondering.

NBN Co chief executive Bill Morrow had a couple of appearances, replete with his mealy-mouthed politician-like excuses, and Communications Minister Mitch Fifield had a go as well, uttering his well-known "fit for purpose" mantra.

Much in the same way, veteran telco commentator Paul Budde surfaced a couple of times but was again given such short sound bytes that he could get little across. In trying to do too much — including clips of politicians and their mates — the ABC overreached and the programme, in the end, did not even to a small extent match the hype which had been created around it.

But then this is par for course when it comes to the ABC these days: last week's Four Corners, a soft interview with Hillary Clinton, was promoted to the skies, with the interviewer, Sarah Ferguson, even writing an article about how she prepared for the interview. That programme too was a damp squib.

The name of the programme — What's wrong with the NBN? — was probably a giveaway. If any literate adult in this country still does not know what is wrong with the network, then they would have to have been living under a rock, and a big one at that.

Traversing well-worn paths can yield dividends if one concentrates on some aspects and drills down in detail. The shambolic mess that was presented last night did nothing of the sort; it was just like a curry with all the odds and ends remaining on the table thrown in so that it would stretch to the 50 minutes allotted.

More in this category: « The Internet is a utility. High time the govt realised that Will Bill Morrow see the NBN rollout through? »
Share News tips for the iTWire Journalists? Your tip will be anonymous