Fletcher trying to prevent a follow-up to ABC's Canberra Bubble 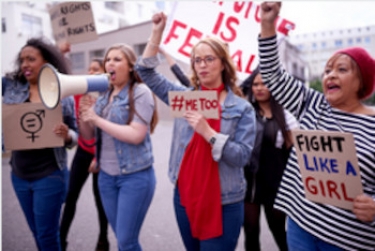 It seems that Australia's Communications Minister is as competent at handling women's affairs as he is at managing the construction of a national broadband network.

While his government has already spent $57 billion on bringing barely acceptable broadband to the Australian public, after first promising to do it for $29 billion, a new controversy has arisen in the area of gender relations.

Fletcher is wasting his time trying to hound the ABC for running a program about the toxic behaviour within the so-called Canberra bubble. The only reason one can think of is that he is trying to dissuade gun reporter Louise Milligan from doing a follow-up.

Fletcher, who appears to have a lot of time on his hands for inconsequential tasks of this nature, wrote a two-page letter to the ABC on 1 December and posted it on Twitter.

However, he appears to have been scared of the backlash from Twitter subscribers because he disabled replies.

And Milligan's sin? it was to report on the way women are treated in Canberra, an episode that evoked disgust from many an ordinary soul.

But Fletcher and his side of politics didn't like it because it cast aspersions on Attorney-General Christian Porter and Immigration Minister Alan Tudge.

The episode dealt with alleged philandering by Porter and an affair indulged in by Tudge; the latter did not make much of a song and dance about it but issued an apology the next day and has not been heard from on the subject since.

Today I have written to ABC Chair Ita Buttrose with questions concerning the Four Corners program “Inside the Canberra Bubble” that was broadcast on 9 November 2020. pic.twitter.com/7acqFpdAL4

But Porter threatened legal action — which turned out to be an empty threat — and now Fletcher is apparently seeking to find out whether the program was justified in the public interest.

There are a couple of points which Fletcher does not seem to understand. One, when people start getting their pay from the public purse, then their lives are open house.

One does not mean that it would be kosher to divulge details/scandal about their husbands/wives/partners, but anything outside that should be informed to the public by the media.

Any media outlet which fails to hold power to account is not doing its job.

Politicians often bitch about how little they are paid, but the fact is that they earn more than twice the average pay of an ordinary Australian. Plus, there are numerous benefits to being an MP or a Senator – and those benefits can be multiplied by factors of five or ten once one ascends into Cabinet.

It is surprising that Fletcher thinks behaviour of the kind that was shown on the Four Corners program is kosher and acceptable in this day and age. If he does not think that way, then why is he protesting?

Women from within the Liberal Party — Fletcher's own party colleagues, Julia Banks, Julie Bishop and Kelly O'Dwyer — have called out the blokey behaviour in Parliament, so the Four Corner expose should have come as no surprise.

Banks was an extremely competent businesswoman who entered politics to do some good. O'Dwyer was the selection of former treasurer Peter Costello. And Bishop managed to navigate the wily paths of Canberra and stay deputy leader for many years. They are all women of ability and the fact they had to quit is really an indictment of the way women are treated in Parliament.

Fletcher tends to apparently see this as a Labor-Liberal issue, because he questions why only Liberal politicians were featured in the program. Milligan has already said many times that the two men featured were the two who were named by many people within Parliament.

Women form at least half the population in Australia. It is high time that they are treated as equals. Until the Liberal Party cottons on to that, there will be more such exposures. And the more the better because it will at least shame people into behaving themselves.

More in this category: « ASPI beats the war drums as businesses call for calm over China OpenZFS has released an update, but how many users really care? »
Share News tips for the iTWire Journalists? Your tip will be anonymous