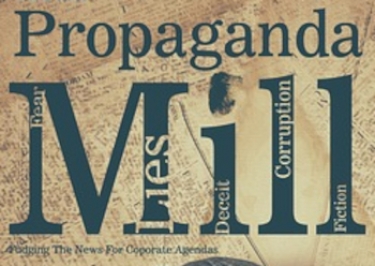 Image by jorgophotography from Pixabay

One of the weirdest conspiracy theories to ever emerge in Australia has as its sponsor the Communications Minister Paul Fletcher. According to this theory, people who are raising doubts about the safety of 5G — or tying it to the COVID-19 outbreak — could be state-based actors — aka spies from another country — who are spreading this misinformation to divide Australia.

One wonders from which (red)neck of the woods Fletcher got this crazy notion. He appears to be following in the footsteps of similar people in the US of A who blame every one of their country's ills on some external cause.

One wonders who Fletcher thinks is the bête noire in this case. The Federal Government's favourite black sheep is China, but I think not even Fletcher would argue that China is trying to peg back the spread of 5G, a technology in which it is leading the world both in terms of equipment and also in use.

That he was willing to come out on radio and voice nonsense of this nature is disturbing.

There are a large number of people in conservative ranks who incline to the belief that climate change is a ruse cooked up by the Chinese — the self-proclaimed stable genius Donald Trump, for one — but one does not expect a man who is in charge of communications — and one who had done service for Optus, a largely rational telecommunications player — to spread theories which could lead to people regarding him as a fruit loop.

The fact of the matter is that a vast number on the right of politics do not need any proof or rumours of external forces at work to believe that climate change is the work of the devil.

Or to believe it is a plot devised by the Intergovernmental Panel on Climate Change in order to bring about a world government that would rule the globe, instead of national governments looking after their respective countries.

When the government ran a parliamentary inquiry into 5G. only a handful of the 350-odd submissions did not outline some freakish theory to claim that the technology would have ill-effects on human health.

Indeed, so many and varied were the crazy claims, that the government itself decided to make a submission to try and quieten the doubters, pointing out the safeguards taken to limit the amount of radio frequency that electromagnetic energy telecommunications facilities can emit.

But you can't keep a good conspiracy theory down.

Some of the protesters are making their voices heard out of ignorance. Many others see this as a chance to big-note themselves, a common trend in the Western world, where any cause that will give you five minutes of fame and get your (sometimes ugly) mug on TV is deemed a worthwhile cause.

What Australia calls the Kath and Kim syndrome — "look at moi" — or to use another more common word, narcissism, drives all kinds of idiots to try and gain exposure for themselves. When people can make ridiculous claims that wearing a mask is impinging on their human rights — hey, what about speed limits then? does not that cut into a very fundamental human right? — anything is possible.

For Fletcher to buy into equally ludicrous theories is just as bad. One expects better from a minister of the crown.

More in this category: « Google, Facebook caught on the hop as Frydenberg strikes DTA's style guide: why not buy a book instead? »
Share News tips for the iTWire Journalists? Your tip will be anonymous