Fight over NBN plan costs set to heat up again 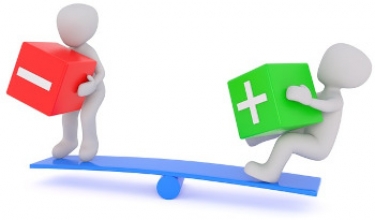 Recent comments from telecommunications providers Telstra and Aussie Broadband about their decreasing profits from NBN sales underline how short-sighted the Labor government was to keep the expenditure for the NBN off-budget and insist that it be repaid by the company set up to create and run the network.

Not that the Coalition is any better; it just continued with the same practice.

The comments came in response to the NBN Co's putting out a new pricing review. Aussie Broadband chief executive Phillip Britt called the proposals disappointing and Telstra described them as inadequate, while the head of the Australian Communications Consumer Action Network, Teresa Corbin, warned that consumers may ditch the NBN if the price was not right.

The NBN Co's pricing models are driven by just one desire: to achieve average revenue per user of $52. That, the company said many moons ago, would enable it to break even.

Given the extra money that has been committed to provide fibre to more customers — after the government backflipped on its original plans to have a so-called multi-technology mix network — pressure has increased on the NBN Co to raise its revenue and avoid any red ink on its balance sheet.

This has been a struggle from the start and the company is no closer to achieving it, though there are occasional hallelujahs, the loudest coming in February with the firm exceeding both revenue and EBITDA for the first six months of the current financial year.

In the meanwhile, 5G has started to make its presence felt in the market, though not to the extent that it would have been a force had the pandemic not hit.

Australian telcos, impatient to get on with maximising their revenue from old and new technology, have faced their own hurdles. Telstra, given that it is receiving decent sums from NBN Co for its ducts and pits, has had to sign an agreement to keep the degree to which it competes with the network builder within moderate limits.

Thus, even though Telstra has more 5G towers in place than other telcos, it cannot develop any solutions that put the NBN in the shade.

Optus, with no such restrictions holding it back, has developed a 5G offering which is, from this writer's experience, a much better performer than the NBN. But again, that is limited to the areas which have coverage.

TPG would have been a competitor in the 5G space by now, had it not been for the government ban on Huawei, its technology supplier. It was forced to cancel the rollout of a mobile service after having blown about $100 million on gear.

The way out was to merge with Vodafone and while that eventuated, it will be a long time before the merged entity can compete with Optus and Telstra.

But while the telcos are looking for ways and means to maximise revenue, the NBN Co is looking to do likewise given its huge debt, now in the region of $57 billion.

And in pursuit of that revenue, it periodically revises prices, trying to extract bigger margins while selling bandwidth to retail service providers.

The revising of prices is always geared to suit NBN Co and this time is no exception. Britt has proposed a way out, that would be a little more equitable:

Whether the wholesaler will look seriously at these demands or not is the million-dollar question.

More in this category: « Why Richard Stallman should step away from the FSF Time for some sober reporting on the Nine network attack »
Share News tips for the iTWire Journalists? Your tip will be anonymous