Fedora users, move to Debian or openSUSE before Red Hat shafts you 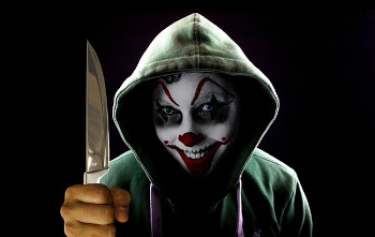 Users of the Fedora Linux community distribution would do well to switch over to an alternative like Debian GNU/Linux or openSUSE before Red Hat leaves them in the lurch too.

Last week, the company, which is owned by IBM, suddenly announced that it would be dropping CentOS, a distribution that is the same as its own enterprise offering, albeit with the trademarks removed.

CentOS, the brainchild of Gregory M. Kurtzer, chief executive of a company known as Control Command, was begun in 2002, and was initially intended "to be a build platform for the new RPM-based community-maintained distribution Caos Linux".

"When it was designed to be released to the public, it was originally coined as Caos-EL (Enterprise Linux) and it was renamed publicly in December 2003 to what it is known as today," Kurtzer says on his website.

But Red Hat took over the project in 2014 and has since then maintained it, meaning that those who could not afford - or did not need - support contracts, could run a distribution the same as RHEL.

It looks like Red Hat pulled the plug on CentOS — and changed it to something known as CentOS stream which will be a testing ground for RHEL — for one reason: it wanted to save on personnel. Which means money.

That means the same logic could be applied to Fedora, which, while providing a usable distribution to many people, serves mainly as a testing ground for technologies that end up in RHEL.

No company needs two testing grounds, so it seem logical that Red Hat will pull the plug on Fedora sooner or later.

While many people in the free software and open source software communities have tried to circle the wagons to prevent Red Hat getting its due share of criticism — one headline on an article by a FOSS -friendly writer said Red Hat had "reset" the CentOS project — even many normally soft-spoken people have been unable to hide their annoyance.

One example of this was long-time Debian developer Russell Coker, who had this to say: "It would have been nice if Red Hat had just divested themselves of CentOS and let it go back to what it was instead of taking the name and doing something different.

"Yes, it's nice that they had maintained CentOS for years, but now they don't want to do so they should make it easy for others."

Kurtzer has started a new project called Rocky Linux and is vowing that he will again do what he did with CentOS, but that will take a fair amount of time to eventuate.

Meanwhile, Fedora users might like to head to the Debian website and look a distribution that caters to more architectures than anyone else, and a true community distribution.

Or they might like to look at openSUSE, which, to be true, is backed by a company. The difference with the company, SUSE, is that its philosophy is that profit is not the end-all and be-all when one is running a company that sells free and open-source software.

And how do I know this? Well, the former chief executive of SUSE, Nils Brauckmann, told me, when he was seated across from me at a table in Orlando, Florida, some six years ago.

Trust me, Fedora users, you have a brighter future with either of these distributions. When you run Linux for your daily use, reinstallation is never on your mind. It's one of the many benefits that you derive from running a system other than the malware-ridden, scumware-infested, ransomware-prone Windows.

But if you stick with Fedora, then you might be in for a rude shock sometime in 2021. Or maybe 2022. IBM is a company on the slide and it needs money like a mosquito needs blood. Remember, you have been warned.

More in this category: « After CentOS, the next one to bite the dust will be Fedora FireEye and Microsoft silent on source of attacks, others pile on »
Share News tips for the iTWire Journalists? Your tip will be anonymous