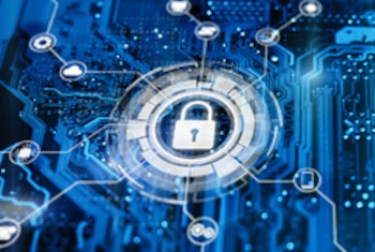 The good folk who man the security agencies in Australia have cleverly pounced on admissions by Google and Facebook during a parliamentary inquiry, that they do not honour 20% of the requests for data disclosure, to push that well-worn barrow: end-to-end encryption will lead to Armageddon.

It is a little wearying to hear the same argument raised time and time again: "Encryption will let the bad guys do bad things, but we are not saying it should be banned either." Yeah, we want to have the cake and the plate and eat both too.

The main fear that is expressed is that Facebook will go ahead with its plan to introduce end-to-end encryption for its Messenger client – which is used by close to two billion people. WhatsApp already employs similar technology, but that was in place a long time ago, well before the "encryption will make the sky fall in" crowd got into business. And while the SMS client Signal also uses end-to-end encryption, it is used by a much smaller number.

It is certain that this kind of argument will keep raising its head when newspapers editorialise — and this is the Sydney Morning Herald we are talking about — that "technology companies can open 'very small' encryption backdoors to enable government agencies to snoop on encrypted communications".

No, that is not an April Fool's day joke made out of season. This was in an editorial in one of the older newspapers in the country. It could have been forgiven had it been in a news report or in an op-ed but an editorial???

[Full disclosure: I worked for The Age, a sister publication of the SMH, for nearly 17 years beginning in 1999. I was the online technology editor for both publications from May 2002 till December 2005.]

Google and Facebook say the requests they reject were too broad or else had no legal basis. Now I am no fan of either company but I have to concede that they do have a point there.

What proves this beyond a skerrick of doubt is that John Stanton, the astute individual who heads the Communications Alliance, revealed during the hearings into the the encryption bill held by the Parliamentary Joint Committee on Intelligence and Security that though 20 agencies were allowed to request metadata under the Telecommunications (Interception and Access) Act 1979, the number crying out for a piece of the action had now risen to 81. So when some get a serving of salad, everyone else wanted a serving as well – even the Australia Post Corporate Security Group!

The National e-Safety Commissioner, Julie Inman Grant, one of the truly clueless people when it comes to technology, claimed to the parliamentary inquiry that looking at privacy and security as being two separate aspects was a "false dichotomy". That is, of course, merely using weasel words to prove nothing.

There are many people who demand that Facebook and Google stop using computerised means to weed out unsavoury stuff and use humans instead. After listening to an interview with Antonio García Martínez, a man who worked for Facebook and authored the entertaining tome Chaos Monkeys, it is easy to see that when things are operating at the scale they do on these platforms, one cannot have humans going through everything to pick out offensive content. It is an impossible task.

It is true that the tech companies use this excuse to get away with many things, but that does not mean their protestations do not have a grain of truth in them.

During the PJCIS hearings in 2018, experts of every shade, from many corners of the earth, explained without any ambiguity to a number of MPs and Senators exactly why playing around with breaking encryption and backdoors was a really bad idea.

If that has still not filtered down to the government and we are still going to keep hearing these nonsensical arguments, why talk at all? Just mandate the abolition of encryption in Australia. We will all be saved a lot of useless jaw.

More in this category: « Scotty is silent because his fingers are all over robodebt scheme Apple spins better than Warnie as it backs down on AppStore commission »
Share News tips for the iTWire Journalists? Your tip will be anonymous