DTA's style guide: why not buy a book instead? 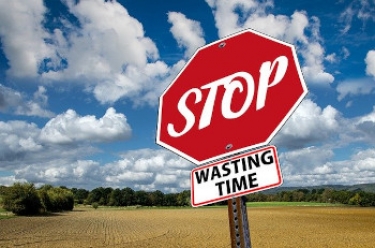 So now we know why the Digital Transformation Agency has not been able to meet many of its work targets: it has been busy developing a new style manual for the Australian Government.

Of the guide, the DTA says boldly: "The Australian Government Style Manual (Style Manual) is the authoritative source of rules and guidance for government writing and editing. Our aim is to make all government communication clear and consistent." And lest anyone think that the bunch who put this manual together do not know their bits from their bytes, the manual is said to be a public beta.

Sure. Is one to then take this to mean that until now, government communications have been long-winded and inconsistent? Have all members of the choir been striking different notes? One hitting E-minor and the other D-flat?

Why does a government need a style manual? Publications like iTWire do need one and for good reason too: there needs to be consistent use of the English language in order not to confuse readers. So every publication worth its salt has a guide.

Such style guides can also be used to edit one's way around political dynamite. In another lifetime, I did service in Dubai for what was then the Middle East's biggest English newspaper, Khaleej Times. A style guide was sorely needed in a place like that because of the fact that the country lacks a free press.

But the style guide had its uses; one was able to get around the difficulty of talking about Israel's borders (being an enemy of the Arabs, Israel did not really exist at that time) and also negotiating one's way through the strictures of Islam.

Dubai is part of the country known as the United Arab Emirates and every little tinpot dictator who heads one of the components states (they are called emirates as each one is headed by an emir) has to be given the specified honorifics, else the newspaper editor would be berated.

But, as usual, I digress. Will this bid for "clear communication" mean that one will stop receiving so many media releases from Angus Taylor all saying little or nothing? Will Stuart Robert be able to tell people directly what caused his department's network to fall over?

Spin is part of the armour that every politician puts on the start of every working day; will this guide dispense with that? Will communication be of the order seen in Ricky Gervais' brilliant film, The Invention of Lying?

Given that Australia is such a close ally of the US, would it be possible to slip across a copy of this style manual to a man for whom telling porkies has become the default – Mike Pompeo?

Will there be a majordomo who will correct Australian politicians when they tell a fib or two themselves? Such an entity could be called the "Style Corrector".

And finally, would it not have been much easier to buy some copies of Wren & Martin's High School English Grammar and Composition instead of having bureaucrats indulge in such an exercise in which they have no skill at all – even less that the digital transformation skills that they are required to possess?

More in this category: « Fletcher claims 5G misinformation being spread by state actors ABC promises truth about 5G, delivers FUD about Huawei »
Share News tips for the iTWire Journalists? Your tip will be anonymous