Does Australia have any policy on cryptocurrency? It appears not 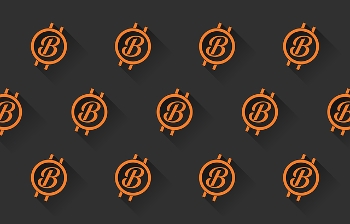 Australia has no official policy on cryptocurrencies. That is the only conclusion one can draw, after nearly a month of chasing the minister on cyber security, Angus Taylor, to get an answer.

On 7 February, iTWire wrote to Taylor, asking whether Australia was thinking of any kind of regulation of cryptocurrencies, given that China, India, the US and South Korea were reported to be considering regulation.

That evening, I had a response from Sarah Bucknell, a media adviser to Taylor, who asked for some more information about the proposed story and the deadline.

My response was that in the last few days, China, South Korea, India and the US had expressed their intentions to either regulate or else said they would ban cryptocurrencies.

Relevant links to news stories were provided and I asked:

"What is Australia doing? Is there any move to regulate these assets? Is the government seized of the matter? Or is there no interest in it at all? That's what the story is about – or what I would like it to be.

"Deadline? Well, until something arrives from you, there is no story. If you can send me something by 11am on Thursday, it would be good." The Thursday mentioned was 8 February.

On 13 February, I sent Bucknell another email asking what had happened, and requesting that if there was no response, then that was okay, but that I needed to know so I could go ahead with my story.

On 26 February, I contacted Bucknell by phone but was only able to leave a message as nobody picked up the line.

Thus one can only come to the following conclusions:

More in this category: « Shadow Brokers the reason why Kaspersky Lab is in the US doghouse Facebook and Google are drunk on data. They won't give it up »
BACK TO HOME PAGE
back to top