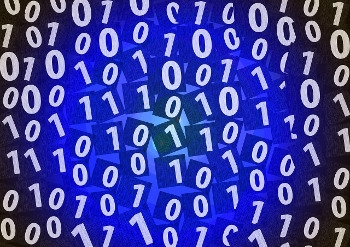 But, as I've pointed out on more than one occasion, this rush to retain data of internet users is for other reasons. One, to satisfy big American media companies who want to use retained data to threated those whom they deem to be copyright violators.

Australian ISPs have been given until April by the government to agree on a scheme for preventing what the big film and music companies call copyright theft. The mid-March deadline for passing data retention laws fits into that scheme neatly.

A second reason is because Abbott would like to use the data as a means to quieten dissenters. It's a guaranteed way of getting everybody on board as part of Team Australia.

There is no logical reason for data retention, over and above what takes place already. If the security agencies — who seem to operate without any accountability — need to spy on an individual, they can easily get a warrant and inform the internet service provider to track that individual's internet use.

But in cases where they should have got warrants — the nutjob Man Haron Monis was one — they fail to do so. It did not take a very high IQ for one to tell that Monis spelt trouble with a capital T. Tell me one thing: when did ASIO last catch a spy?

What the security agencies want is to make this cowboy territory, where they can do what they like and not be accountable. The drama playing out in NSW at the moment is an indication of the kind of cowboys who make up our police departments. The head of the Australian Federal Police, is spinning like a top in his bid to back up his political masters.

On Thursday, Colvin told the media: "Our systems aren't configured to be able to tell us with that level of validity what role metadata played in a broader investigation. As we've said many times, it is a foundation building block for all our investigations."

Just read that carefully. In plain English, the man is saying that he doesn't know whether metadata will be useful or not but he still wants it to be retained. If this is not a fishing expedition, I don't know what is.

There won't be any difference if Abbott is toppled and Malcolm Turnbull takes over. He is as aware as Abbott of the importance which the Americans attach to the data retention laws; American politicians are in hock to the big film studios and record companies and they have to pay their dues.

But again, sadly, expecting Labor to stand up for the people is expecting far too much. Shorten will indulge in a great deal of jaw but ultimately he will bend over backwards and give in.

What is needed is a groundswell of reaction from the Australian public. I am an optimist, aren't I?

More in this category: « Linux Australia voting numbers down by 30% Ubuntu phone: theorising without data is a big mistake »
Share News tips for the iTWire Journalists? Your tip will be anonymous