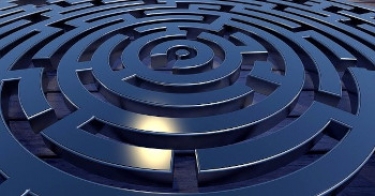 Media organisations in Australia, who are not awash in the green stuff, will have to fork out a goodly amount to hire moderators for their Facebook and other social media accounts - or face the likely prospect of paying damages for defamation or libel.

This is clear from the High Court judgement earlier this week, which held that owners of Facebook pages are responsible for comments posted by third parties in response to material that they (the owners) had placed therein.

The ruling was made in a case involving former Northern Territory youth detainee Dylan Voller, with the comments in question having been posted below news reports from numerous outlets on their Facebook pages.

Voller was featured in an ABC program where he was shown shackled to a chair.

The two big media companies, Nine Entertainment and News Corp, were up in arms against the judgment on Wednesday, with Nine claiming that it would affect public debate.

News Corp was not far behind, with its broadsheet, The Australian, claiming that the decision would be a blow to free speech and open debate. Neither company provided readers with the pespective that this could lead to a loss of revenue – which is why they are bothered about it.

It's highly doubtful that either organisation — and less so the smaller media companies — would even contemplate hiring staff to moderate comments on the various sites where they are posted – and on their newspapers' own sites as well.

No organisation has anything in the way of AI to build into its sites to even provide some kind of rudimentary warning system as Facebook itself has. Not that the Facebook system is very efficient, but it is better than nothing.

In the case of Google, the story is the same as its moderation of videos on YouTube shows.

Media companies are now caught between the devil and the deep blue sea. They need the traffic that posting to social media sites brings – and turning off comments for stories will mean a lot of readers will drop off.

But there is one option left: put pressure on the government to pass legislation that will allow the companies to bypass the ruling, at least to the extent that it does not hurt them badly.

That has been done in the past, most notably with the Mabo verdict.

However, such a solution will take a long time to work out and be implemented. It is unlikely to happen before the next federal election if anyone is thinking of such an initiative.

Once again, Australia is faced with an online problem that most of the rest of the world does not have to tackle. If nothing else, it will be interesting to see how the politicians approach it.

More in this category: « BlackBerry goes where no security vendor has gone before
Share News tips for the iTWire Journalists? Your tip will be anonymous