Cosying up to the government won't improve things for the ABC. Better to go down fighting 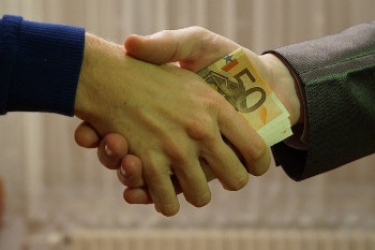 In India, most "journalism" is transacted like this. Image by Welcome to all and thank you for your visit ! ツ from Pixabay

It now appears to be perfectly clear what kind of public broadcaster the Coalition Government wants: a pliant set of robots who scrape and curtsy every time their glorious masters are sighted. Something more in the style of India's Doordarshan and All India Radio.

As the ABC has stayed somewhat defiant, the government has indulged in the greatest act of bastardry that I have witnessed in this country as far as the media is concerned. No pleasing coverage, a cut in funding.

It is a stretch to imagine that any human being would want to support an individual or organisation that criticises them – but that is exactly how things have to operate if any country is going to even try to call itself a democracy.

Doordarshan never missed a function where the prime minister of the day was. Indeed, if it did, somebody at headquarters would get an earful. Or maybe be given a pink slip. The same was the case with All India Radio; in fact, during the time when the late Indira Gandhi was prime minister, it used to be known as All Indira Radio. Every bulletin began, "The Prime Minister said..."

Australia's setup is meant to deceive. It all looks so open, a system where you can call the prime minister a dickhead and not be put in prison or beaten up by a roadside copper.

But that is just a facade. The thugs in the Liberal and National Party have indicated in no uncertain fashion that they want publicity for the money they give the ABC. Indeed, they actually act as if it is their own money. Squeezing people over money to get what you want is the oldest and cheapest trick in the book. The Mafia knows the game well.

I’m going to advise the government not to participate in @QandA One minister and all the rest are political opponents. Better to leave it entirely as a @AustralianLabor @Greens show. The one @LiberalAus guest is only there to be denigrated.

That, incidentally, is what happens in India now: so many column inches for 10,000 rupees. Or so many for 20,000 rupees. The going rate changes frequently. There are maybe a handful of publications who operate as journalistic setups do.

It is mind-boggling to listen to people like Peter Dutton pledging their commitment to democracy while simultaneously calling for stricter laws to lock up 14-year-olds. And if the ABC does not back that policy, you can be sure that Dutton, a man who is elected by the people and meant to be available to them via the media round-the-clock, will exact his revenge by refusing them interviews. This is the behaviour of a common cad but that is the class from which most of our politicians hail.

This kind of culture is what enables Paul Fletcher to come on the air and deny that ABC funds are being cut. Man, I have never seen a bigger lie than what he uttered on Q&A on Monday night. It is written in black and white (and the occasional blue) in the national budget. But Fletcher has his own set of mathematical tables to look at for his conclusion. Like Malcolm Turnbull, he does not appear to believe in the laws of mathematics.

But guess what? That big softie Alexander Downer claims that Fletcher was badly treated — had I been in charge I would have kicked him — and ministers should not appear on the program any more. This is the same Downer of noble birth, a man who loves fishnet stockings, oil from Timor and arms from Baghdad.

It should be obvious to everyone apart from the intellectuals who form the government that indexation is done to account for inflation. Today's dollar does not buy what the 2010 dollar did. So you give a little more. I am a total loss when it comes to economics but even I know that.

Now the ABC is not a perfect organisation. There are annoying people in its ranks, there are incompetents, there are lazy boneheads. But efficiency-wise, it is a darn sight better than the government.

I am not the greatest fan of the ABC and regularly criticise the broadcaster. But, despite its spotted record, I am proud of the fact that I live in a country where there is a public broadcaster that can function as a news organisation should.

That is breaking down a bit. After the government threats to cut funding, the ABC has shown a tendency to try and please the men in Canberra. No better example of this has been witnessed than on Q&A on 22 June when former ASIO chief Dennis Richardson and Jacinta Carroll, a bureaucrat from the security industry and the former head of anti-terrorism at the defence industry lobby group Australian Strategic Policy Institute, were allowed to dominate the program and talk for about three-quarters of the time.

The rest of the panel, Clinton Fernandes, a man who is pretty learned when it comes to terrorism and national security, Annika Smethhurst, a woman journalist who has the unique experience of watching the Australian Federal Police indulge in their fetish for women's lingerie during a raid on her house, and Nick Xenophon had to largely remain silent. The moderator, the callow Hamish McDonald, seemed uneasy about this, but could never summon up the balls to cut off Richardson or Carroll as they went on and on and on with their defence of the indefensible.

This bid to try and please the government is a waste of time. If anything, the ABC journos should turn up the screw. This is an ideological stance and it is never going to change. Will a Catholic convert on the morrow because you are nice to him/her?

Only a Labor Government will restore at least some of the cash that the Liberals have taken away. It would be good if Labor, next time it gets in, creates a funding model that puts the public more in the picture rather than a government which seems to believe that public money is its own personal stash to be used firstly to buy influence and votes.

More in this category: « Government trying very hard to fix a problem that does not really exist COVIDSafe app: much ado about nothing after all »
BACK TO HOME PAGE
back to top