Come to heel, Australia, says Pichai, holding out a carrot 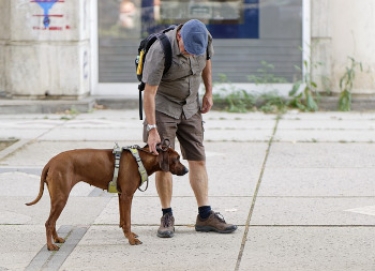 Image by Candid_Shots from Pixabay

Google has held out a nice, juicy carrot overnight, hoping that Australia will bite and agree to the terms that it wants for the media code that is being negotiated with the Australian Competition and Consumer Commission.

What Sundar Pichai, the head of Alphabet, Google's parent company, held out was very attractive: US$1 billion (A$1.39 billion). And he mentioned that only 200 companies from six countries had been signed up, though Australia, one of the six, would not be invited in unless it sorted out things peacefully with ANZ managing director Melanie Silva.

Simple division will tell anyone that if the scheme is limited to those numbers, then it is a windfall: US$5 million apiece. But then Pichai did not offer the context that there are a few more than six countries on the face of the planet. He only mentioned three more: India, Belgium and the Netherlands.

How far will Google take this so-called Google News Showcase? The company earned profits of US$31.53 billion for the year ending June 2020; revenue in 2019 was US$134.81 billion. Thus, doling out a few more billions to avoid stoushes like the one going on in Australia will not prevent Pichai from receiving the handsome bonuses he gets each year.

But for Australia to get a seat at the table, Silva's list of demands has to be met. As the ACCC has it now, Google and publishers will get three months to cut deals or else will have to agree to a decision taken by a middleman, with one side's offer prevailing.

As ACCC chair Rod Sims has put it: "There will be changes, but the core of the code can't change. You need an arbitration mechanism, you need a non-discrimination clause. They are ... the glue that holds the code together, that makes it workable."

Google is reluctant to answer queries about whether it will leave Australia if Silva is snubbed. I've asked about this twice, but got evasive replies. Facebook came right out and threatened to leave, but Google does not want to do that.

Whatever changes take place, we will know the outcome in a few short weeks.

More in this category: « MyRepublic chief keeps spirits up as he leaves the building Australia fiddles while its citizen Julian Assange burns »
Share News tips for the iTWire Journalists? Your tip will be anonymous