China-bashing likely to intensify after the year turns 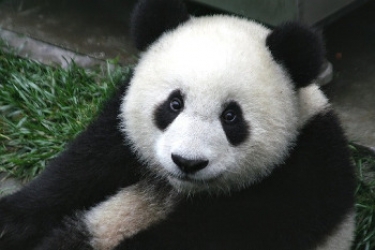 Image by skeeze from Pixabay

China-bashing has been a popular sport in the Australian media this year, with retired spooks and Australian politicians indulging themselves. The main game appears to be for the spooks to gain influence in determining foreign policy and get the government to allocate more funds for their operations.

But many of the assertions appear to have little basis, with veteran Australian journalist Brian Toohey recently dismissing claims made in the Nine newspapers (formerly Fairfax Media) which had claimed that one young Chinese man was an important spy and that another had been paid by a third individual to gain a Liberal seat in Parliament.

Toohey, who this year published a book titled Secret in which he detailed the activities of Australia's secret services going back nearly 50 years, poured scorn on the Nine scribes, pointing out that the man they claimed was being financed to try and enter Parliament was a financial fraud and ran a car dealership that was in administration.

He was also scathing about Liberal MP Andrew Hastie, who championed these claims, pointing out that the MP's description of the Chinese man as being a "perfect target for cultivation" was wide of the mark, and saying instead that the man would have been a disaster.

Toohey also cited an interview given by the ex-ASIO chief, Duncan Lewis, to the same newspapers, where Lewis claimed that Beijing was trying to "take over" Australia's political system through foreign interference.

"It would be completely out of character for almost any politician, public servant, military officer, judge or journalist to succumb to the influence of a Chinese intelligence agency," Toohey wrote. "These people have minds of their own. The idea that enough would become Chinese puppets to be able take over Australia's political system is ludicrous."

But the publication of these improbable claims had their effect: Prime Minister Scott Morrison promptly allocated $88 million for a new task force to counter foreign interference. Will that amount be ever cut off if it is deemed that foreign interference has lessened? Don't count on it.

Back in 2014, then prime minister Tony Abbott gave the security services an additional $630 million after the terrorist outfit Islamic State made its appearance in the Middle East. This year, IS was deemed to have mostly lost its influence but that money is unlikely to be ever cut off.

The more funding they have, the bigger these agencies become, and the more the influence they have on government policy. The passing of the encryption law last year is another indication of the influence these spooks wield: the Telecommunications and Other Legislation Amendment (Assistance and Access) Bill 2018 has no positives for the IT industry and only gives the intelligence agencies a means of controlling the industry.

This business of gaining influence over policy has reached its zenith in the US, where retired spooks from every intelligence agency in the land appear as talking heads on various cable TV channels and spread whatever is the misinformation of the day.

One, John Brennan, a former head of the CIA, was directly responsible for the setting up of the inquiry that looked into alleged Russian collusion in the 2016 presidential election. In the end, it proved to be a waste of time.

In Australia, the spooks operate mainly through the newspapers and are only represented on TV by people from think-tanks, a notable one being the defence industry lobby group Australian Strategic Policy Institute.

As the year turns, and European nations get closer to enunciating their telecommunications policies on 5G, the incidence of China-bashing will only increase as a determined bid is made to ensure that Chinese vendor Huawei gets shut out of as many countries as possible.

Toohey's book is an excellent antidote to the this kind of hysteria as it details similar campaigns — mostly related to the scare over Communism — that were staged in Australia. It helps to put things in perspective.

More in this category: « Windows ransomware is a nice little earner for Microsoft Hold on, the decade still has another year to run »
Share News tips for the iTWire Journalists? Your tip will be anonymous