Bye, bye Solaris, it was a nice ride while it lasted 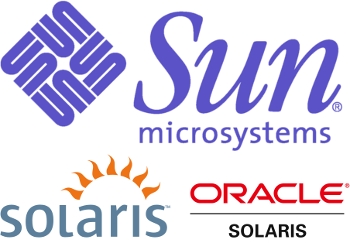 The end of Solaris, the UNIX-like operating system developed by Sun Microsystems, is nigh, with the core talent associated with the OS and its SPARC hardware being laid off by Oracle on Friday.

Oracle became the owner of Solaris as it was one of the properties that were part of its 2010 acquisition of the company. Other well-known assets were Java, MySQL and OpenOffice, with Oracle making no secret about the fact that it was buying Sun only because of Java and its business prospects.

iTWire was made aware of the news regarding Solaris through a tweet on Saturday from Sun's former chief open source and standards officer Simon Phipps.

For those unaware, Oracle laid off ~ all Solaris tech staff yesterday in a classic silent EOL of the product. https://t.co/ibs2REGRmj

His message was simple: "For those unaware, Oracle laid off ~ all Solaris tech staff yesterday in a classic silent EOL of the product".

Phipps, who has a fish eye when it comes to criticising things, has a piece here slinging mud at Oracle.

When he was asked about Sun's impending downfall in 2009, he danced this way and that to avoid saying even a single bad word about the company. Less than a year after that interview, Sun was only a distant memory.

In another tweet, Phipps contrasted Oracle's approach with the way HPE had gotten rid of software assets it no longer wanted to keep: it sold the lot to British mainframe company Micro Focus for US$$8.8 billion. The sale was completed last week.

The contrast this week between how HPE and Oracle have disposed of unwanted software is educational. Let's see which creates more wealth.

Solaris was proprietary software but Sun, seeing the way Linux was spreading and apparently afraid that the upstart operating system would have it for breakfast, opened up the code to some extent in 2005 under a licence known as the Community Development and Distribution Licence and under the name OpenSolaris.

The idea was to build up a community around the OS but it was too little too late; the terms of the licence were cumbersome and contributing code was not half as easy as it was in the case of projects that were operating under the GNU general public licence and the BSD or Apache licences.

There are forks of OpenSolaris but what future they will have is open to debate. Every year, Linux makes more and more inroads into fields that were served by other Unices and it has eaten many people's lunches thus far.

Oracle has never been good at managing community projects but then Sun was no great shakes at it either. Sun can be best described as the company that wanted to be a little bit pregnant.

Even before Oracle's acquisition of Sun was completed, MySQL was forked by Monty Widenius, one of the three who was behind the original MySQL, the company that was bought by Sun. Widenius is one man who knows how to make money from open source – even if he sometimes bends the definition a bit.

Under the name MariaDB, the fork has now become the default database for several Linux distributions, among them Red Hat (and its community Fedora distribution), SUSE (and its community distro openSUSE) and, in 2017, Debian, where upgrading to the latest release results in a painless replacement of MySQL with MariaDB.

Oracle's other acquisition, OpenOffice.org, was forked in 2011 as LibreOffice by most of the original developers. With the genial and talented Michael Meeks playing a leading role, LibreOffice has become the default office suite on all Linux distributions; it has also been commercialised by a company known as Collabora and there are even versions for the cloud.

Oracle handed over OpenOffice.org to the Apache Software Foundation last year and one release under the name Apache OpenOffice appeared. Suffice it to say that this suite has not exactly caused many hearts to race.

And finally, Java. The software that Oracle looked to for its fortunes may still deliver, with an appeal made by the company against Google, in what was a rather tortuous case that ran from 2010 to 2016, still bringing in the damages that Oracle has been seeking.

Verdicts that were Google-friendly were delivered in California but the appeal is unlikely to be heard there. The same way in which Google has climbed down in its scrap with the European Union, the search behemoth may also have to fork over money to Oracle.

Oracle has no use for Solaris; its primary use for software is to make money and that has been known for aeons. In the 1980s and 1990s, it was well known that one thing driving Larry Ellison was to be richer than Bill Gates. Thus Phipps' criticism of the company is, if anything, silly. Oracle uses Red Hat's enterprise Linux distribution with the trademarks stripped out to service customers who want an UNIX-like system, under the name Unbreakable Linux. That, by the way is perfectly legal under the terms of the GNU GPL.

Oracle has no sentimentality about software. It's like selling buttons or widgets – they are sold to make money. Getting rid of Solaris is akin to dumping an asset that fails to deliver what was wanted: money in the bank.

Thus Phipps' lament that "Oracle said it was going to 'reinvigorate the Sun brand' but instead has killed it more dead than any Sun executive managed – the 'art of the deal' no doubt. Along with many former Sun staff today, that makes me very sad", is a waste of time. Don't miss the reference to Donald Trump there – a low blow in my opinion.

Telling us the tale before that — how Sun started writing its own obituary, a tale that is still not very well known and one which Phipps, no doubt, knows in detail — would serve the entire software industry much better.

More in this category: « NBN Co and positive customer experience: never the twain shall meet Linux pioneer SUSE marks 25 years in the field »
Share News tips for the iTWire Journalists? Your tip will be anonymous