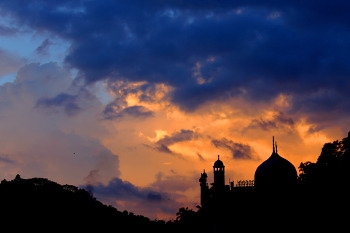 Around the beginning of December, there were reports, mostly attributed to nameless sources, that the supercomputer at the Bureau of Meteorology had been the target of an intrusion.

Fingers were pointed at the usual culprit – China. And as usual, Beijing denied it was involved in any way.

After that it has all been quiet. No follow-up, no release of information by BoM or any government agency. It's funny but many open source projects actually think it is a good idea to give the public at large as many details about such break-ins as possible. And they have a pretty good security record.

There are some details about BoM that make for interesting reading. One is that the BoM has a new supercomputer on order from Cray, one that is supposed to be commissioned by mid-2016. Like many supercomputers around the world, it will run Linux.

The current supercomputer at BoM is one from the now defunct Sun Microsystems. All Sun's assets were transferred to Oracle Corporation when the latter acquired Sun in 2010.

Oracle's main interest in Sun was the Java programming language, the most widely used language in business computing. None of the other assets was of much interest; indeed Oracle's attitude was such that at least two products that it acquired that were under open licences (OpenOffice.org and MySQL) were forked by developers who have now made their forks more used than the original. And Oracle did not really seem to be perturbed about this.

Given that Oracle was not exactly enthusiastic about the other assets it bought from Sun — including the Solaris operating system which runs on those HPC units — should BoM perhaps have been looking for a replacement supercomputer a few years earlier? It began its search only in 2013 and announced the Cray deal in July this year.

Arguably, even if BoM had a supercomputer running Linux, security would not be 100 per cent airtight. But Linux developers are definitely more responsive when reports of security vulnerabilities arise and patches flow fast.

There are indications from people in the industry that entry to the BoM supercomputer was via a Java applet which was exploited to run external code. Updates for Java flow from Oracle quite often and it appears that this break-in took place between updates.

Should BoM have been aware of the way Oracle operates and started looking for a replacement supercomputer earlier? In the absence of any concrete information from the source, all that is left to do is speculate.

More in this category: « Is Apple trying to erase the legacy of Steve Wozniak? SUSE and Canonical have forgotten their roots »
Share News tips for the iTWire Journalists? Your tip will be anonymous