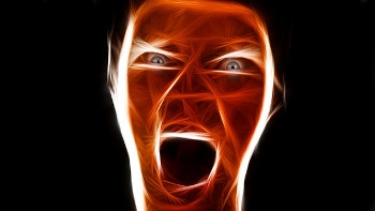 An attempt by long-time Red Hat employee Karsten Wade to mollify those who are upset over the killing of CentOS appears to have only made people angrier, judging by the responses to his post.

Wade's arguments could be summed up this way: CentOS and CentOS Stream are antithetical to each other and thus both could not exist. He also claims that CentOS Stream could replace CentOS in 95% of cases.

His post comes well after Mike McGrath, Red Hat's vice-president of Linux Engineering, told Christine Hall of the website ITPro:"As with any decision like this, there was a lot of discussion and several aspects that went into it. I would say the big one for us was that CentOS itself was not actually providing that much usefulness to Red Hat. Most of the communities we set up, Fedora, for example, do have a lot of bidirectional community involvement. Unfortunately, CentOS was never like that. It was always a community of users, so that that contribution model was mostly one way."

In other words, there was no money or development work coming in from CentOS that could be used by Red Hat. Clear as day and one must applaud McGrath for his clarity of speech.

Exactly why Wade would post what he did, four days after McGrath went on the record, is unclear.

The response to Wade's post was summed up by IT trainer Chris Mair, who said: "You can spin this to the moon and back. The fact remains you just killed CentOS Linux and your users' trust by moving the EOL of CentOS Linux 8 from 2029 to 2021.

"You've alienated a few hunderd thousand sysadmins that started upgrading to 8 this year and you've thrown the Scientific Linux community under a bus. You do realise Scientific Linux was discontinued because CERN and FermiLab decided to standardise on CentOS 8? This trickled down to a load of labs and research institutions.

"Nobody forced you to buy out CentOS or offer a gratis distribution. But everybody expected you to stick to the EOL dates you committed to. You boast about being the 'Enterprise' Linux distributor. Then, don't act like a freaking start-up that announces stuff today and vanishes a year later.

"The correct way to handle this would have been to kill the future CentOS 9, giving everybody the time to cope with the changes."

Red Hat announced the demise of CentOS on 9 December AEDT, saying that version 8, for which support had been promised up to the end of 2029, would now be supported only until the end of 2021.

The company has long maintained two distributions, Fedora and RHEL, the former being a community effort and the latter requiring a licence which costs in the thousands.

Of course, Wade's statement that CentOS Stream can provide what CentOS did is dead wrong. One was a distribution based on a completed and released RHEL. The other, CentOS Stream, is a development stream that will lead to the next version of RHEL.

Another reaction to Wade's post underlined similar points to those made by Mair, with David Carver writing: "I have been deploying computer systems with CentOS for over 15 years. One of the nice things about CentOS was it lagged behind new releases of RHEL and was as stable as a rock.

"Why is that important? My institution has learned from experience to try to stay away from the betas and first releases of software products and wait for mature stable releases. Making the new CentOS a beta stream for RHEL results in a less stable operating system and increases our risk in providing high-performance computing services.

"Also, our vendors for high speed interconnects, parallel file systems, graphics device drivers, and other third-party software may drop support for CentOS because of new fluidity and difficulty with testing a particular release.

"You ask why this pragmatic attitude? Our small staff maintains about 14,000 CentOS high-performance computing systems to support thousands of researchers across the US. This change to CentOS's stability will greatly affect how our institution uses your product in the future."

There are plenty of responses which are similar, all of which can be seen here. And there are some who continue to carry water for Red Hat, too.