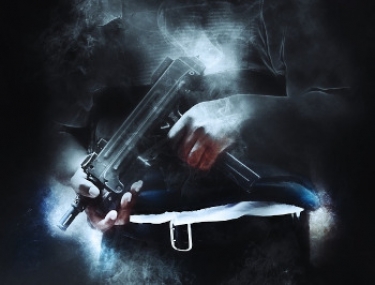 The Australian Government-owned defence industry lobby group, the Australian Strategic Policy Institute, appears to have spent oodles of American money on studies that are virulently anti-China, raising serious doubts over Canberra's claim that it has not picked a side in the battle for supremacy between the two global giants.

Prime Minister Scott Morrison went on the record recently saying that Australia is not picking one side to back over the other. "Our actions are wrongly seen and interpreted by some only through the lens of the strategic competition between China and the United States," he told the conservative British think-tank Policy Exchange.

"It's as if Australia does not have its own unique interests or views as an independent sovereign state. This is false and needlessly deteriorates relationships."

American State Department funding for ASPI, which claims to be a non-partisan, independent think-tank, has risen by 367% over the last financial year, according to the ASPI annual report which has just been tabled in Parliament despite carrying a date stamp of October 2020. The tabling of the report at this time means that it cannot be subjected to any scrutiny by Senate Estimates.

The US Government paid ASPI $1,369,773.22 in the 2019-20 year, but exactly how this money was spent is not clear. A large percentage of ASPI's research and activities are driven by the hawkish stance it takes on China.

Marcus Reubenstein, an independent journalist who writes for the website michaelwest.com.au, and who was the first to report about the curious case of American funds being used by an Australian-government owned organisation in this manner, wrote: "...the limited disclosure buried on page 157 of the report suggests all the funds were in some way directed to research projects attacking China. The US payments primarily came through the State Department."

Funds from the UK, Japan, Israel, the Netherlands and NATO were also primarily directed at funding reports that were critical of Beijing, Reubenstein pointed out, adding that London had provided $455,260 to the lobby group.

Earlier this year, Labor Senator Kim Carr pointed out, during a debate on funding for the Australian Research Council in Parliament, that a donation of $448,000 had come to ASPI from the Global Engagement Centre to carry out a study on Australian universities that have collaborated on research with institutions in China, leading to questions about the integrity of the study.

The Centre, according to its own brief, was set up in 2016 to “lead, synchronise, and co-ordinate efforts of the [US] Federal Government to recognise, understand, expose, and counter foreign state and non-state propaganda and disinformation efforts aimed at undermining United States national security interests".

ASPI disputed the $448,000 figure at the time, saying the funds were for the 2019-20 year and would therefore figure in the report for that year. But it has not made any specific mention of the amount in the report as promised.

With money pouring in from all these sources — and also the governments of six countries plus NATO — how ASPI can claim to be independent should rank among one of the wonders of the modern world.

Reubenstein's report goes into detail about how the arms manufacturers — whose products kill and maim hundreds of thousands around the globe each year — have opened their purses to back ASPI's noble endeavours and is well worth a careful read.

One of the gems he mentions is the fact that ASPI's executive director Peter Jennings wrote a glowing op-ed in February 2016 on the majority French-owned Naval Group under the headline “Vive Australia’s choice of a French submarine”. Two months earlier, Paris had bestowed its highest national decoration, the National Order of Légion d’Honneur, on — no prizes for guessing — Jennings.

Another pearl is the fact that Liberal MP Dave Sharma produced a report for ASPI while running as a candidate for the seat of Wentworth in the 2019 election.

Reubenstein also notes that the chair of ASPI's audit panel is Kate Freebody, a director of accounting consultancy FreebodyCogent, whose major client appears to be the Department of Defence, adding that FreebodyCogent does not have a website or any published phone numbers or contact details.

According to Department of Finance records, this year her company was awarded $5.86 million in management advisory contracts with the Defence Department.

More in this category: « Reversal of roles: Labor wants EV tax, Lib MP Zimmerman opposes it ZDNet and Linux often provide a good chance for a laugh »
Share News tips for the iTWire Journalists? Your tip will be anonymous