Australia outsources cyber security strategy to the US 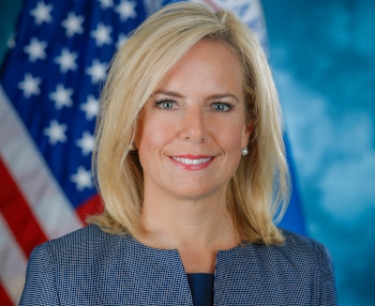 The Australian Government appears to have decided to outsource its cyber security strategy to the US, calling in the former US secretary of Homeland Security, Kirstjen Nielsen, to play a role in drafting the country's 2020 strategy in what seems to be admission of a longstanding cultural cringe and also an indictment of all the Australian cyber security professionals.

This is not to cast any aspersions on Nielsen who may be the world's top expert when it comes to cyber security strategy. But the tendency to genuflect to Washington on everything is certainly giving the impression that Australia lacks the ability to depend on itself for anything.

A report in The Australian says Nielsen led the US campaign against the Chinese telecommunications equipment vendor Huawei Technologies. She will work with Telstra chief executive Andrew Penn to develop the new strategy.

One thing that emerges from the announcement, reported on Wednesday, is that the claims made by former prime minister Malcolm Turnbull, that he was lobbying the Americans to ban Huawei from involvement in 5G networks, counts for very little.

As another report puts it, "As one of President [Donald] Trump's key advisers, Ms Nielsen was instrumental in driving the American ban on Huawei installing 5G mobile technology.

Oh the hypocrisy of Australia’s outrage when it complains about other countries cyber-spying on us. Remember the Fed Govt continues to pursue #BernardCollaery & #WitnessK for simply revealing Aus spying on East Timor, a supposed friend & poorest nation in Asia #politas #auspol

"In early 2018, she lobbied former prime minister Malcolm Turnbull to ban Huawei from being connected to this critical piece of infrastructure."

Turnbull has always painted the Huawei ban decision as one he took on his own. In his recently released book A bigger picture, he makes no mention of Nielsen – but then he gives little credit to anyone for anything in this tome.

The disclosure of Nielsen's appointment has also been painted as an urgent reaction by Prime Minister Scott Morrison to the alleged cyber threats he announced last Friday.

Of course, nobody has offered the perspective that the announcement could well have been driven by the Labor Party's criticism of the government for not having a cyber security strategy in place after the one put in place in 2016 ran its four-year course.

The appointment smacks of the way in which the Australian Government kowtows to American companies when it comes to IT contracts.

But then why not contract out the country's security altogether – surely the NSA, the CIA and the FBI can do a much better job than their Australian counterparts? The government would save a huge bill on salaries and pay a fraction of what it saves to these three American agencies to look after things.

The Australian media would stay silent for the most part when it came to dubious decisions as they are reluctant to criticise anything that emanates from the US. And when it comes to secret trials and keeping people in detention without the public being any the wiser, the Americans would beat their Australian counterparts any day.

What is it about technology professionals like Peter Coroneos and Professor Mark Gregory that disqualifies them from being advisers to Penn? Or does the appointment of Nielsen tell us that the strategy will ultimately be more political than anything else?

It is high time for the cyber security and other IT professionals who live on this island continent to think of moving elsewhere where their talents — and truly there are more than a fair few who are outstanding — are appreciated.

More in this category: « Locals ignored as govt gives federal defence contract to Microsoft Boost Mobile services appear to have gone on the blink »
Share News tips for the iTWire Journalists? Your tip will be anonymous