Australia makes its own decisions. I think Joe Hockey would disagree Featured 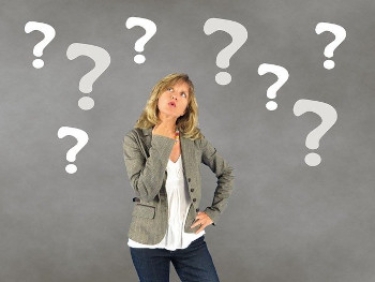 Image by Sophie Janotta from Pixabay

Australia's Defence Minister Linda Reynolds has been talking up what she sees as the country's independence – after obeying a summons from the US to visit Washington for talks.

Reynolds is on the record as saying that although Australia and the US are close allies they "don’t agree on everything though – and that’s part of a respectful relationship".

"Let me reiterate that we make our own decisions," she added as faithfully documented by The Age, that august journal from the Nine Entertainment stables.

It's somewhat ironical that this assertion comes a couple of days after a former Liberal Party member, a man from Reynolds' own side of politics and a former federal treasurer, Joe Hockey, told The Australian, with no obvious provocation, that under the US-Australia free trade deal negotiated in 2004, Australia had to ask the US for permission if it ever wanted to reject any US takeover of an Australian firm.

Hockey apparently became aware of this clause when he was planning to reject a takeover offer by US grain-handling giant Archer Daniel Midlands for GrainCorp in 2013.

He expressed surprise when he was told by former Nationals leader Mark Vaile, who negotiated the FTA deal as trade minister in 2004, that the government had to seek permission from the White House before making his decision.

“I was the first (treasurer) to reject a major America investment in Australia,” Hockey told a seminar. “Little did I know there was a secret agreement between (US trade representative) Bob Zoellick and Mark Vaile (to consult with the White House before a negative decision was made involving a US company). It was the Obama White House that told us about it.”

Now, that certainly sounds like a country that can make its own decisions! Some respectful relationship, that. If that is respect, give me a swift kick in the shins any day.

But we should not be surprised at any degree of bowing and scraping associated with the FTA, for it came about after John Howard, the country's longest serving prime minister and a man who, for some strange reason, is lauded as a patriot, ran after George W. Bush aka Dubya with his tongue hanging out and pleaded for a trade deal. In the end he was dudded no end, but then Howard seems to love having sand thrown in his face by the Americans.

When he ran behind Dubya begging for an FTA, the Americans probably decided that Thanksgiving had arrived early. Howard proved to be an easy turkey to carve up; even a late plea from the so-called man of steel to his good mate Dubya, to allow Australia an increase of 100,000 tonnes of meat exports was contemptuously dismissed.

As John A. Mathews, who holds the chair of strategic management at the Macquarie Graduate School of Management in Sydney, Linda Weiss, professor of government and international relations at the University of Sydney, and Elizabeth Thurbon, a lecturer in the school of politics and international relations at the University of NSW, detailed in their brilliant tome National Insecurity: The Howard Government's betrayal of Australia, the craven Howard also cleared the way for the US to control many aspects of Australian life: energy, rural industries, culture, defence and even blood supplies.

Howard even allowed the US to make changes to the Pharmaceutical Benefits Scheme, something every Australia values dearly because it allows every citizen of this big brown land to receive medical treatment at a reasonable price. All civilised developed countries have similar schemes. The US does not.

When Australia was negotiating the US FTA, we were told that there would be no changes to the PBS. The US pharmaceutical industry hates the PBS with a passion because it would love to get Australians to pay much higher prices than what we do. Howard knew that it would be political poison, especially with an election due in 2004, to say anything indicating that the Americans would be able to manipulate the PBS. But that is precisely what happened.

The PBS, which came into being through a majority popular vote in a referendum in the late 1940s, uses taxpayer money to pay drug companies for the value of the innovations in health that their products offer; this value is determined by the Pharmaceutical Benefits Advisory Committee after a review of scientific evidence. Hence drugs with identical or similar clinical results would cost about the same, a practice known as reference pricing.

Thus, no matter the age of a patent that has been filed for a new drug, it would not merit higher pricing unless it had some additional clinical benefits to those that were already being used to treat the condition it could be used to alleviate.

But by US law, the American trade representative is required to negotiate a deal that gets rid of government price controls that, in their words, deny American products full market access. The year 2004 was also an election year in the US and one should wonder at the wisdom of starting such negotiations at such a time. Howard, if you recall, is often described as a seasoned politician.

In the end, the deal tackled the PBS through an annex; this meant it applied only one way, to Australia. The US was not expected to abide by the annex, a good outcome for big pharma because US politicians are also said to be eager to copy the PBS system and implement something similar in the United States.

And the American push for "innovation" and "competition" got equal weightage with the Australian norm of clinical effectiveness.

In 2007, the Australian parliament, in which Howard had a majority in both houses, passed an amendment to the National Health Act, which divided the drugs that came within the remit of the PBS into two categories: F1 (mostly single-brand or drugs which are still under patent protection) and F2 (mostly multi-brand generic medicines).

As a result of this, from 2007 onwards when a new drug is listed in the F1 category of PBS, there is no reference pricing to any similar drug in the F2 category. Until a bio-equivalent brand is listed, the new drug will continue to be sold at prices originally prescribed; only after that will it be moved to the F2 category.

And the minister who presided over the execution of this sellout? Why, it was Mark Vaile, him of AWB wheat sales fame.

Apparently not satisifed with dudding his own country through the FTA; Howard went one better and also placed hurdle after hurdle in way of any decent broadband network being built. The man was a perfectionist, of that you can be sure.

More in this category: « Secure cloud rules suddenly favour locals. Pigs have taken wing Telstra should have bought a dictionary before taking Optus to court »
BACK TO HOME PAGE
back to top