Aussie Broadband using COVID-19 as an excuse to raise prices 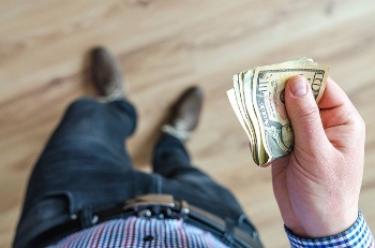 Image by Goumbik from Pixabay

Phillip Britt is, in my biased view, one of the few people on the face of the earth who was born to be an Internet service provider. From all appearances, Britt enjoys his work as the head of Aussie Broadband; he does something which very few tech entrepreneurs — Cloudflare's Matthew Prince is another who comes to mind — do: come clean with customers when there is a screw-up.

This trait of Britt's was on display back in October 2018 when he spilt his guts about a network outage that had kept his customers off the net for most of a weekend. He could have offered a one- or two-sentence explanation and nobody would have minded, but the man felt he had to tell the whole story.

It also illustrated the fact that Britt knows he has a lot of geeks and nerds among his customers; these are the types who like to read technical details about an outage, shake their heads, recall when they faced something even vaguely similar, and in the end say, "good ole Phil." And their sentiments are not misplaced.

I switched to Aussie Broadband in October 2018 after a year with another provider; the only reason I switched was because Britt promised his support people would be based in Australia. I had numerous issues contacting the other ISP's support centre, and with the NBN being about as solid as a spider's web at the time, one needed constant support – and fast too, because when one is working from home, there really is no time to stuff around.

Aussie Broadband has been a wonderful ISP, similar to iiNet in the days when another geek, Michael Malone, was running that show. After iiNet was bought by TPG, I quit at the first opportunity because it had become a place which just wanted your money. No engagement, no thinking of customers when devising new plans.

Now, however, I feel that Britt has not really thought through his proposal to raise prices. He has justified it by saying that customers have got used to the provision of extra CVC during the pandemic — which all ISPs were able to provide because NBN Co made it available gratis — and would therefore be likely to expect the same level of usage at the current prices when the NBN Co stopped this extra provisioning.

When he announced this to the media, he said the telco industry would either have to increase prices or reduce service quality once NBN’s CVC boost finished.

He said Aussie Broadband has seen its customers settle into a pattern of using about 10% more bandwidth than originally predicted pre-COVID, and believed this reflected “permanently changed behaviour”.

That argument has some logic to it, I grant, but it's just half the picture. Why doesn't Britt wait until the extra CVC provisioning ends and then charge those who continue to slurp up gigabytes, as though it was still COVID-19 time, extra? Why does he want to slug everybody?

There is no way of knowing usage patterns after the NBN Co stops providing the extra CVC to ISPs. But it is not illogical to argue that once people get schooled in new ways, they tend to appreciate the new way of life. Kind of like Oliver Twist.

If everyone showed this pattern of usage — and I am quite sure that Britt, as a clued-in techie, would have logs from which he can plot usage patterns — then, by all means, raise prices on all and sundry.

But until that can be demonstrated, I think it would make more sense to wait. Nobody would grudge a man like Britt a price rise when he has a good reason to ask for more. From my experience, he is not the kind who charges an arm and a leg for a service. No, he is content with a few fingers.

In the absence of a logical reason to charge everybody (and that's the operative word: everybody) more, I am firmly of the opinion that Britt would be better served by giving those who eat more a bigger bill. The rest of us don't need to pay for stuff we don't consume.

More in this category: « When it comes to schlock, Gartner shows it is a leader ASPI wants a clean Internet. Will washing with tap water do the trick? »
Share News tips for the iTWire Journalists? Your tip will be anonymous