At least one Australian benefits from the TPPA Featured 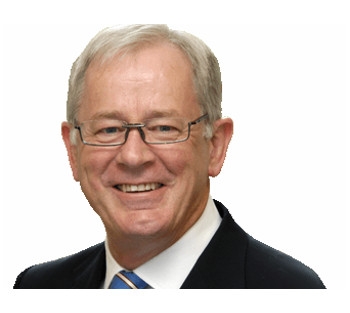 The first Australian beneficiary of the Trans Pacific Partnership Agreement appears to have surfaced and unsurprisingly it is the Trade Minister himself.

Andrew Robb (above) announced on Wednesday that he would be stepping down at this year's national election, adding that his next role would be in the private sector.

This business of politicians and public servants joining multinationals or others in the private sector after big trade deals have been done is not uncommon; after the US-Australia trade deal in 2004, a number of high-ranking officials from the Department of Foreign Affairs and Trade joined American multinationals.

And let's not forget Mark Vaile, that trade minister of yore, who also benefitted from being around trade deals.

Robb's announcement comes a day or so after he introduced the scrubbed text of the TPPA into parliament, urging people to vote for its passage. Of course, he does not need to push very hard; given that American business interests have more or less written the entire treaty, the Labor Party is unlikely to oppose its passage.

There will, of course, be some "principled" talk by Opposition leader Bill Shorten and others of his ilk in his party ranks but in the end, the party will bend over and give their assent.

The TPPA has to be passed in its entirety by all 12 parliaments of the countries that signed in New Zealand on February 4, after the initial text of the treaty was cleared in October last year.

But the public is yet to see the text of the government to government letters – agreements that different governments make with each other for exceptions to this or that provision in the deal.

Those letters would tell the final tale of how exactly each country is affected by the 12-nation pact that is expected to take effect in 2017.

The World Bank has indicated that Australia would benefit only to the extent of a 0.7 per cent increase in trade by the end of 2030..

Surprisingly, Robb has not asked the Productivity Commission to analyse the deal and explain the extent to which it benefits Australia; DFAT did a self-serving "analysis" which was available the day that he tabled the deal in Parliament but there were no facts and figures there, only vague statements about "further growth" and "bigger shares" and so on.

But then that is in keeping with the whole tenor of Australian politics which is to kow-tow to the US and not bother one whit about the Australian public.

More in this category: « New Ubuntu tablet claimed to serve as PC too Apple stands up for consumers. Alone »
Share News tips for the iTWire Journalists? Your tip will be anonymous