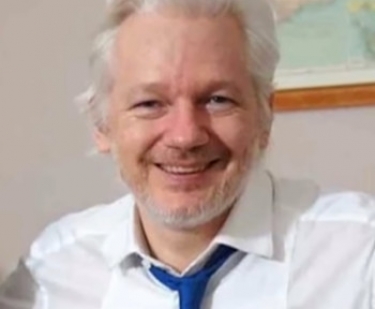 WikiLeaks founder Julian Assange may be able to escape a future in jail given that a decision on whether to send him to the US or not will be taken only in 2021.

This will be well after the US presidential elections and means that Assange has a chance of having the case dropped if the Democrats win the election.

As has been reported on numerous occasions, Barack Obama's administration considered whether it could bring criminal charges against Assange and WikiLeaks for publishing classified information.

As American journalist Glenn Greenwald wrote: "It ultimately decided it would not do so, and could not do so, consistent with the press freedom guarantee of the First Amendment.

"After all, the Obama DOJ concluded, such a prosecution would pose a severe threat to press freedom because there would be no way to prosecute Assange for publishing classified documents without also prosecuting The New York Times, The Washington Post, The Guardian and others for doing exactly the same thing."

Democrat presidential candidate Joe Biden was Obama's vice-president and very much a part of this decision. Given that, if he were elected on 3 November, it seems unlikely that he would go back on a decision that he backed publicly as part of the Obama team.

Greenwald also cited what The Washington Post had written: "Justice officials said they looked hard at Assange but realised that they have what they described as a 'New York Times problem'.

"If the Justice Department indicted Assange, it would also have to prosecute The New York Times and other news organisations and writers who published classified material, including The Washington Post and Britain’s Guardian newspaper."

Assange, one of Australia's best known hackers who was involved in attacks on several American government organisations in the 1980s, is currently held in a maximum security prison in Belmarsh, UK.

The US made a formal request for Assange's extradition on 6 June 2019. Assange was arrested by British police on 11 April and removed from the Ecuador embassy where he had taken refuge. His asylum was withdrawn shortly before he was arrested and he appeared in court shortly thereafter.

He was later sentenced to 50 weeks in jail for skipping bail at the time he fled into the Ecuador embassy; at that time, he was wanted in Sweden for questioning on rape allegations made against him by two women.

Sweden subsequently reopened the rape probe and sought his extradition; it had dropped the charge and cancelled the warrant in May 2017. The probe was closed in November 2019.

Soon after his arrest in London, the US sought his extradition to face charges of computer hacking and being involved in a compromise of classified information, a charge that carries a maximum sentence of five years.

Washington made its intentions clear on 24 May 2019 when it hit Assange with 17 new charges under the US Espionage Act over his alleged role in leaking documents from former US intelligence analyst Chelsea Manning in 2010.

More in this category: « Google back with another salvo against media code of conduct At home or abroad, India's caste system comes to the fore »
Share News tips for the iTWire Journalists? Your tip will be anonymous