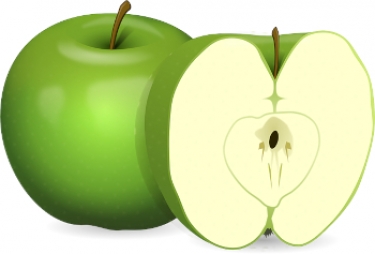 The fact that even a company valued at US$2 trillion (A$2.7 trillion) has to sometimes heed public sentiment has been aptly illustrated by Apple announcing overnight that it would be lowering its take on apps sold from its App Store to 15% for small businesses that pull in less than a million.

The blog post, issued in nobody's name, employed a great deal of spin and several colourful pictures in order to mask the fact that this was a case of the people in Cupertino eating crow, with the actual meat of the statement only figuring in the fifth paragraph.

Quotes were obtained from some people who have apps in the store, in order to massage the development as something "exciting" and "a big opportunity". One often wonders if these devs are paid for their prose.

Apple quoted Phillip Stollenmayer, a solo developer, whose latest game Song of Bloom won an Apple Design award in June, as saying: “This is a big opportunity for the indie gaming spirit to become truly mobile." Stollenmayer is said to have been drawn to the appeal of the iPhone as a new platform for gaming. Sure.

More quotes from the same man: “I saw a whole world of possibilities and how easy it was to get something out there. I had the chance to shape how mobile games work and how they differ from consoles. With mobile games, you use the phone in a much more personal way. I put that inside my games and make that active as gameplay, which is much more valuable than trying to create worlds that might not work so well on a small screen.”

And lest anyone miss what the savings of 15% commission will mean to developers — even a five-year-old would know that it gives you more money for yourself — Apple has waxed voluble about the great mercies it has shown.

"The savings mean small businesses and developers will have even more funds to invest in their businesses, expand their workforce, and develop new, innovative features for app users around the world." Some may choose to buy pizzas or cocaine with that money, but Apple forgot to mention that.

Back to the lend-a-quote man Stollenmayer, who was said to be excited about the new wave of games that may come to the App Store from people who are new to game design and are attracted by the lower commission.

“I’m most interested in games from people that didn’t make games before because they’re super fascinating,” he says. “You can publish something on the iPhone much, much easier than on any console without any obstacles. This is a super awesome opportunity for the indie studios that don’t want to take any risks.”

The man only missed using a couple of my other favourite words: amazing and innovative. I'm sure Apple won't miss out on those words next time. Just a small note to the spinmeisters at Apple: you can get plenty of that kind of meaningless twaddle here. And it's free, which is something I know Apple loves; it hates paying out money, but just lurvves taking it from all and sundry.

I would write much more about this but I can't; I need to go to the toilet and throw up. The torrent of bilge that makes up the balance of this blog post is too much for even a hardened cynic like me.

More in this category: « Everybody's favourite whipping boy, encryption, is under attack again Spy agencies should keep their noses out of foreign policy »
Share News tips for the iTWire Journalists? Your tip will be anonymous