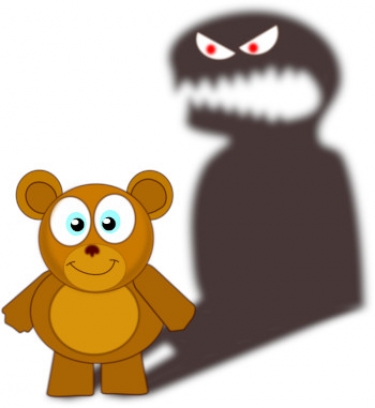 Somewhat buried beneath all the fanfare about the updates to Apple's iOS and iPadOS operating systems on Tuesday was the main dish of the day: the privacy changes that Facebook and some advertisers have been railing about, but which now have to be dealt with.

Under these changes, which Apple announced at the beginning of this month: "A new app tracking section in Settings lets you easily see which of your apps have been given permission to track you, so you can change your preferences and disable apps from asking in the future.

"Starting in early 2021, iOS 14 and iPadOS 14 or later will require developers to get your permission before tracking your activity across other companies’ apps and websites for ads or data brokers."

A few days after this announcement, Facebook said it would make some technology tweaks to cope with these changes. The social media firm has criticised the changes in the past, but apparently now sees that it has no option but to cope with it.

It's not only Facebook that has had reservations about the changes; Australian firm Localsearch issued a warning that the changes would affect local businesses who are running their own Facebook Ads, preventing the social media giant from gaining access to some user data unless the user approves of it.

At Apple, we’ve always believed that you should be in control of your data — what you do with it & who you share it with should be up to you. App Tracking Transparency in iOS 14.5 gives you the choice to share the data that’s being collected about you across apps and websites. pic.twitter.com/EbfN8CtiKd

But there are apparently some advantages for Apple too, apart from the good karma around user privacy. According to the Wall Street Journal, when users who have decided not to allow tracking are being targeted by advertisers who buy ads through third-party platforms, it will take three days for them to get insights about their campaigns. Additionally, only aggregate information will be available.

However, the WSJ's sources told the paper, advertisers who bought Apple ad space would be able to get more data about the behaviour of users and also get this in real-time. And that could give Apple an advantage in pulling in likely advertisers.

But an Apple spokesman denied any advantage for the company, telling the WSJ that data restrictions for ads bought on third-party platforms were needed as some parties could use that information to bypass the privacy rules that Apple had put in place, and trace individual users. This was not possible with Apple's own ad products as the advertisers could only target big groups.

To some extent, Apple has had no choice but to go down the privacy path. Its selling point for some time was security, but that aura has been stripped away by a series of bugs that have made it clear that the company's wares are no better and no worse than those of any rival.

And these bugs are kept quiet for the most part. On Tuesday, Apple released some details of 50 vulnerabilities that were also fixed as part of the updates that were issued. The reason for the silence? "For our customers' protection, Apple doesn't disclose, discuss, or confirm security issues until an investigation has occurred and patches or releases are available." Yes, it's always for the customer's good.

It's fair to say that given the approach that technology journalists adopt when dealing with Apple, not much is written about bugs. Apple does not like those who write anything negative about it, with one classic example being The Register, a British technology site, that has never got an iPhone to review after it reported a few unpleasant facts about the device a few years ago. Indeed, the site's staff do not even get invitations to Apple's events!

Like other companies, Apple often talks one thing and does another. The best example I can cite is a key privacy feature which it promised to implement in 2018. At that time, chief executive Tim Cook told Germany's Der Spiegel that his company would stop keeping copies of user's keys for iCloud back-ups, and thus make it impossible for the company to gain access to backed-up user data.

But Cook apparently did not give the green light for this to happen, with a Reuters report on 21 January 2020 saying that Apple had abandoned such plans.