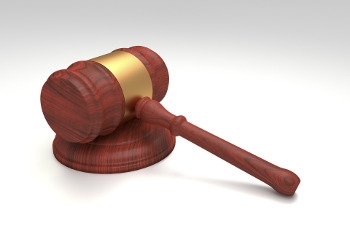 Apple has filed a motion in the US district court in central California to dismiss an order brought against it by the FBI last week, seeking the creation of a new version of its mobile operating system that would remove two security features.

The FBI obtained the order on February 16 and when Apple refused to pay heed, the agency asked the issuing court on February 19 to compel the company to comply.

The order revolves around an iPhone 5c belonging to the San Bernardino County Department of Public Health which was being used by Syed Rizwan Farook, one of its employees, and one of two people who participated in a mass shooting that left 14 people dead in December.

According to a report in TechCrunch, Apple, in its motion filed on Thursday, argued that the court, by issuing such a order under the 227-year-old All Writs Act, had overreached itself. It claimed that the FBI was violating its rights to free speech under the First Amendment of the US Constitution.

In the motion, Apple, quoting from an earlier case, said: "The All Writs Act, first enacted in 1789 and on which the government bases its entire case, 'does not give the district court a roving commission' to conscript and commandeer Apple in this manner. In fact, no court has ever authorized what the government now seeks, no law supports such unlimited and sweeping use of the judicial process, and the Constitution forbids it."

It added: "There are two important and legitimate interests in this case: the needs of law enforcement and the privacy and personal safety interests of the public. In furtherance of its law enforcement interests, the government had the opportunity to seek amendments to existing law, to ask Congress to adopt the position it urges here.

"But rather than pursue new legislation, the government backed away from Congress and turned to the courts, a forum ill-suited to address the myriad competing interests, potential ramifications, and unintended consequences presented by the government’s unprecedented demand. And more importantly, by invoking “terrorism” and moving ex parte behind closed courtroom doors, the government sought to cut off debate and circumvent thoughtful analysis."

It said the order demanded by the government would compel Apple to build a new operating system that it believed was too dangerous to build.

"Specifically, the government would force Apple to create new software with functions to remove security features and add a new capability to the operating system to attack iPhone encryption, allowing a passcode to be input electronically. This would make it easier to unlock the iPhone by 'brute force', trying thousands or millions of passcode combinations with the speed of a modern computer.

"In short, the government wants to compel Apple to create a crippled and insecure product. Once the process is created, it provides an avenue for criminals and foreign agents to access millions of iPhones. And once developed for our government, it is only a matter of time before foreign governments demand the same tool."

Apple said that if this court order was deemed proper, then the government could keep interpreting the All Writs Act any way it liked in the future.

"For example, if Apple can be forced to write code in this case to bypass security features and create new accessibility, what is to stop the government from demanding that Apple write code to turn on the microphone in aid of government surveillance, activate the video camera, surreptitiously record conversations, or turn on location services to track the phone’s user? Nothing," the motion said.

In a related, rather surprising, development, a Microsoft official was quoted by Bloomberg as saying the company would file an amicus brief in support of Apple. President and chief legal officer Brad Smith told the news agency that the brief would be filed next week.

The development comes after Microsoft co-founder Bill Gates was on Wednesday quoted as supporting the FBI over the issue; Gates later claimed he had been misunderstood.

The FBI wants to look at data on the phone but it needs the passcode to do so. It has got the court to order Apple to write a version of iOS without the features that prevent unlimited passcode guessing and increasing time intervals between guesses so it can use brute force methods to guess the passcode.

More in this category: « Apple to claim First Amendment rights in FBI case Apple 'cannot be forced to provide data' in drug case »
Share News tips for the iTWire Journalists? Your tip will be anonymous