After Linus Torvalds, SJWs are now coming for Ted Ts'o 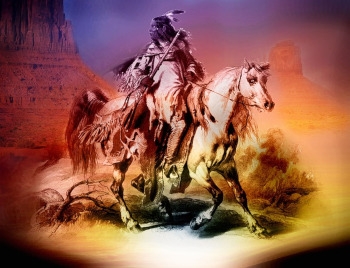 More than a week after Linux creator Linus Torvalds said he would be taking a break from leading kernel development, it is still unclear as to what actually led to his decision. But one thing is crystal clear: the social justice warriors, who played a role in what happened, are now targeting another kernel developer, Ted Ts'o, who works for Google.

Was it the article in The New Yorker, as its author claimed, that led to Torvalds stepping down? Or was it pressure from kernel maintainers who were annoyed that Torvalds had bungled his schedules and planned a family vacation at the time when the maintainers summit was supposed to be held?

It is clear from the article in The New Yorker that the whole aim of what was essentially a hit job, and far from the usual standards that this august publication maintains, was to try and draw a connection between Torvalds' habit of abusive emails and the #MeToo movement. Cohen even managed to work the word in: "Many women who contribute to Linux point to another open-source project, Python, as a guide for Linux as its faces its #MeToo moment."

This is the only reason why Cohen could have decided to write a story on this topic; every story has an angle, and there was no angle to this at all in the current climate as Torvalds' email abuse is very old hat. And it was never directed against either sex.

The #MeToo movement has brought down many prominent people who have used their power to indulge in sexual harassment in the past, with a notable example being film producer Harvey Weinstein who, coincidentally, had his past laid bare in the same magazine, albeit by one Ronan Farrow, an effort that gained him a Pulitzer Prize.

But trying to tie Torvalds to sexual harassment is futile; the man has only dated one woman in his entire life, and he married her: Tove, a national karate champion in Finland, is the mother of his three daughters.

Cohen only spoke to a few people all from one side of the story: former kernel developers Valerie Aurora and Sage (formerly Sarah) Sharp, both of whom claim they left the kernel project as they were unable to put up with the harsh correspondence on email lists, and Megan Squire, a computer-science professor at Elon University, who carried out a survey in 2015 to find out the extent of use of profanity on the kernel mailing list. That study, by the way, made me laugh.

He did not bother to even go down to the Linux Foundation, which employs Torvalds, and speak to the chief executive Jim Zemlin. Email inquiries were considered sufficient for a story which could well mean the end of Torvalds' career as leader of the project.

iTWire contacted Cohen to inquire about his reason for writing this story at this time, but he did not bother to reply. Zemlin has, likewise, stayed mum.

Right after the story appeared, Sharp started focusing on Ts'o. Why Ts'o? It goes back a long time, to 2011 in fact, when he participated in a discussion on the mailing list for the Australian national Linux conference that year. Ts'o is a member of the Linux Foundation's technical advisory board.

Comments that he made were later interpreted by Aurora to call him a "rape apologist". That was picked up by Google employee Matthew Garrett and used to whack Ts'o.

The SJWs have been at work for a while, trying to impose so-called codes of conduct for every open-source project. Chief behind this is a woman named Coraline Ada Ehmke; when her efforts are frustrated, as they were when the Ruby project decided against embracing the CoC which she champions, she outdid Torvalds by a square mile in abusing the leader of that project.

Aurora has also taken aim at the Linux Foundation, claiming that "something is rotten" there. It must be remembered she ran a non-profit for a while after leaving kernel work, but was forced to shut it down in September 2015. From advocacy, she wandered into trying to coerce conferences into cancelling talks that she deemed inappropriate.

Whether Torvalds will return to lead the project is unknown. What seems more likely is that the Linux Foundation will create a sinecure for him, if only to avoid any more negative publicity.

But what happens to Ts'o will be more interesting to watch. Google is notorious for yielding to the demands of SJWs; last year it threw out one engineer, James Damore, when he circulated an internal screed about reverse discrimination in hiring practices.

If I were Ts'o, I would start looking for alternative employment right away. It doesn't matter if he is guilty in any way; the SJWs have a way of getting to companies which are looking to conform and be politically correct. Google is at the head of that list.

More in this category: « High time for Labor to show some spine and reject encryption bill Why didn't Linux Foundation chief Zemlin pull Torvalds into line? »
Share News tips for the iTWire Journalists? Your tip will be anonymous