ACSC should add the word 'censorship' to its name 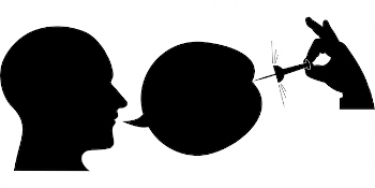 The ACSC had combined its annual conference with that organised by the Australian Information Security Association from this year onwards and the conference was held in the second week of October.

On 8 October, it became known that talks to be given by two well-known technical people - Thomas Drake, a former employee of the NSA and a whistleblower, and Melbourne University Professor Dr Suelette Dreyfus - had both been pulled off the agenda.

Drake's talk was titled "The Golden Age of Surveillance", while Dr Dreyfus was due to speak on the use of secure and anonymous digital dropboxes as a means of fighting corruption.

The American was part of the team that was involved in developing a system known as ThinThread for the NSA, the chief architect of which was the technical director at the time, William Binney.

Binney's system would look at links between all people around the globe and he had added in measures to prevent violations of Americans' privacy. Cryptologist Ed Loomis, analyst Kirk Wiebe, Drake and Diane Roark, senior staffer at the House Intelligence Committee, worked along with him.

A skunkworks project, Binney's ThinThread system handled data as it was ingested, unlike the existing method at the NSA which is to just collect all the data and analyse it later.

When General Michael Hayden became head of NSA in the mid-1990s, he wanted to spread the work around and also boost the organisation's budget – a bit of empire building, no less. Binney was asked what he could do with a billion dollars and more for the ThinThread system, but said he could not use more than US$300 million.

What followed was surprising. Though ThinThread had been demonstrated to be able to sort data fast and accurately and track patterns within it, Hayden banned its use and put in place plans to develop a system known as Trailblazer – which incidentally had to be trashed many years later as an unmitigated disaster after many billions had gone down the drain.

Trailblazer was being used when September 11 came around. Drake has pointed out in the documentary, A Good American, that after 9/11, they set up ThinThread again and analysed all the data flowing into the NSA in the lead-up to the attack and found clear indications of the terrorists' plans.

Talking about such things would probably not have been welcome by the ACSC; ever since it came under the Department of Home Affairs along with the Australian Signals Directorate, one of its missions appears to be to avoid embarrassing the government.

Last week, as iTWire reported, it became known that the CyberCon organisers had also tried to censor the talk of a lawyer, Ted Ringfrose, but failed to do so because the whole censorship bid was so last-minute.

Technical conferences of this kind are meant to be open discussion forums; that is why spook agencies ranging from the NSA to the CIA to the FBI attend such gatherings in the US, in the hope of finding talent to fill the ever-widening number of cyber security jobs in government.

With the curtain of censorship hanging over its conference, the ACSC is unlikely to attract any speakers in the future who belong to that section of the hacking community that is needed to fill Australia's needs of cyber security professionals. Those people will go elsewhere where they can speak without fear of being censored.