ACCC chief should be wary of Google's tactics in Fitbit case 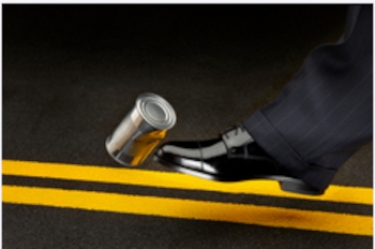 In his quest to determine whether or not he should give the green light for the merger between search giant Google and American digital health and fitness company Fitbit, ACCC chairman Rod Sims would do well to peruse the transcripts of the entire Google-Oracle lawsuit over Java.

That would give him a clear idea of the type of tactics Google uses to drag things on and on and win at the very end – though Sims could just as easily have a detailed chat with Ken Glueck, executive vice-president of Oracle, to get a good idea about these tactics.

On Monday, Sims asked for input into proposals made by Google to facilitate the deal, giving the public time until 9 December to offer their suggestions.

In June, the Australian Competition and Consumer Commission had raised concerns over the Fitbit acquisition, with Sims saying at the time: "Our concerns are that Google buying Fitbit will allow Google to build an even more comprehensive set of user data, further cementing its position and raising barriers to entry to potential rivals.”

A day before the most recent hearing in the Oracle-Google case, in which the latter has been accused of stealing code from Java for use in its Android mobile operating system, Glueck wrote a detailed account of Google's tactics. The case has been going on for the last 10 years.

Of course, Glueck was talking about a copyright case. But Google's approach to other issues is quite often the same.

Glueck said Google's method was to "deny every claim, appeal any adverse decision, [and] run out the clock on every opponent – including government regulators".

"Even nominal 'losses' for Google are really wins: it can appeal fines and courtroom setbacks for years while its market power continues to grow and competitors disappear. And even if it has to pay something in the end, it will be a drop in Google’s very large bucket. It’s 'efficient infringement' at global scale."

In the Fitbit case, the proposed court-enforceable undertaking offered by Google is for it:

Given those time intervals, and the very real possibility that Sims, a doughty warrior, may well leave his post sometime in the next five years, this could be Google's way of getting a foot in at the door.

Then, as in the old yarn about the camel and the tailor, getting oneself into the tent completely would only be a matter of time.

Who is going to keep track of Google's use of particular data? Is Sims naive enough to accept the company's word for it? If so, I would welcome a call from the ACCC chief, because I have some prime real estate in the Himalayas that I would like to sell to him at a bargain price.

More in this category: « COVIDSafe app: government throwing good money after bad ASPI beats the war drums as businesses call for calm over China »
Share News tips for the iTWire Journalists? Your tip will be anonymous