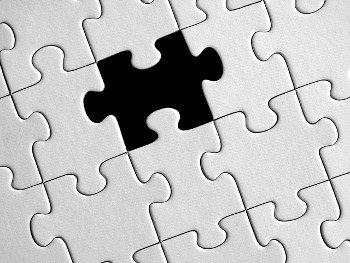 Certain controversial statements made by the ABC's Media Watch host Paul Barry on Monday were missing from the transcript initially due to a "technical issue" with the corporation's website, the ABC's media manager Nick Leys told iTWire on Wednesday.

Leys was responding to a query, made on Tuesday evening, as to why Barry's passing of judgement on ABC science reporter Dr Maryanne Demasi — who was suspended last week following the finding that a Catalyst programme she presented did not meet ABC editorial standards — was glaringly absent.

(By Wednesday morning, the missing text was all there.)

The programme in question was titled "Wi-Fried" and dealt with the alleged connection between mobile phone use and brain cancer, and the alleged harmful effects of the wireless environment that is common these days.

"As for Dr Demasi, we believe she has to go. Not least because she seems incapable of accepting that she is at fault," were the lines from Barry which were missing from the transcript when iTWire had a close look at it on Tuesday evening.

These two sentences should have been in the transcript after the line: "Which is what science and journalism are supposed to be about."

In the screenshot below, taken on Tuesday evening, this is clearly illustrated. 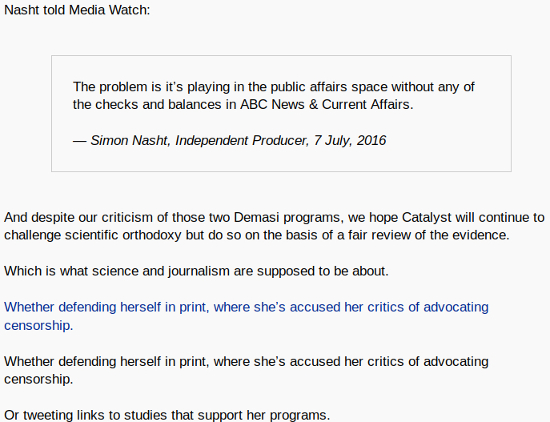 The ABC transcript of Monday's Media Watch segment on the Catalyst programme with lines missing.

Leys response was: "There was a technical issue with the site. The producers have fixed the problem now."

He did not provide any detail as to how two sentences deep within a long transcript decided to play truant when every single other word was there.

The screenshot below shows the transcript with the missing sentences restored. 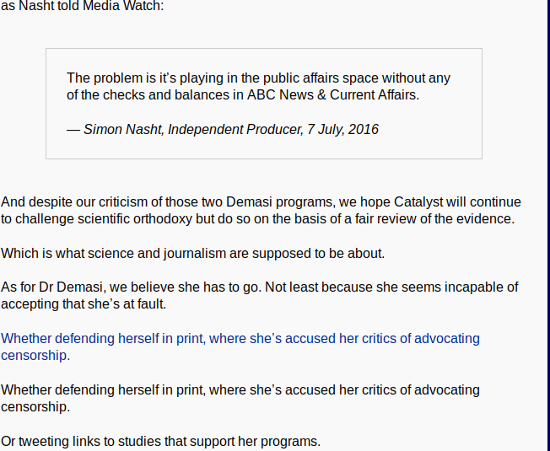 The ABC transcript of Monday's Media Watch segment on the Catalyst programme with lines restored.

Exactly how Barry, an employee of the ABC, can pass judgement on a fellow employee and use the royal "we" is peculiar. Does the "we" refer to the ABC? Or was it plain pomposity that made him refer to himself in the plural?

The ABC is at pains to push itself as "your ABC", or "Joe's ABC" or even "random migrant's ABC". In the face of such autocracy, such claims do indeed seem to wear a bit thin.

More in this category: « ABC Wi-Fi stuff-up: similar clip in 2009 evoked no comment Pokémon Go and iOS: a tale of sound and fury signifying nothing »
Share News tips for the iTWire Journalists? Your tip will be anonymous