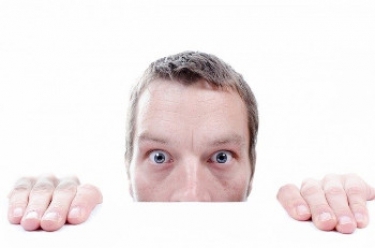 The ABC's Four Corners program on Monday night was titled The Truth about 5G. It would have been better if it had been titled FUD about Huawei.

For that was what the program brought to its audience, though what exactly was the provocation to raise the issue now — when it has been around for yonks — was unclear.

Current affairs programs like Four Corners normally tackle what they claim to: current affairs. But the matter of 5G misinformation and crank theories is very old hat; to use some modern terminology, it was a thing at the time when practically all the submissions to a government inquiry into the technology was being held – and this was in November 2019.

Again, the burning of 5G masts is four or five months old, with the UK being the prime place where bonfires were set alight with the fuel being 5G towers.

Even the question of Huawei is years old now. It has been currency since a 66-page Congressional report was issued in 2012.

Finally, when the ABC got down to the core of the story — Huawei is a dangerous Chinese company waiting to put ants into your pants — the usual suspects were there again, in all their glory.

The defence industry lobby group, Australian Strategic Policy Institute, was represented by Dr Huang Le Thu, a senior analyst. Of course, the ABC never tells its listeners that this organisation is basically made up of China hawks who write hyped up reports about the Middle Kingdom which can be used to increase the fear index in the Asia-Pacific region.

ASPI's sponsors then capitalise on this heightened fear to sell weapons to countries in the region and the organisation gets its cut. I have yet to see a single ABC program on defence or security where some moth-eaten marmot from this propaganda outfit is not present.

And then, of course, there was the man in search of business for his new cyber security outfit, Alastair MacGibbon who loves to get on TV and make his presence felt. It all helps when you are touting for business, I guess – MacGibbon now runs a private company called CyberCX and finds occasions such as these a good way to push his credentials.

Communications Minister Paul Fletcher was there too, expanding on some ideas he had expressed on Radio National on Monday morning, namely that people who are raising doubts about the safety of 5G — or tying it to the COVID-19 outbreak — could be state-based actors — aka spies from another country — who are spreading this misinformation to divide Australia.

He hinted that the foreign actor in question could be Russia. If there was any rationale to his claim, he should have expounded on it. But he basically had nothing. He has thus laid himself open to claims that he is pushing the same old tired Russiagate theory that the Democrats did to account for Hillary Clinton's loss in the 2016 Presidential election. Rather than admit that their candidate ran a poor campaign, not even bothering to visit Wisconsin, a key swing state, they blamed a convenient scapegoat – Reds under the bed. Or inside the ballot box, in this case.

Four Corners reporter Sean Nicholls should have called out some of the uneducated types who were claiming that 5G was behind the coronavirus outbreak and that it can end the world as we know it or even burn your breakfast. But he was rather restrained on this front. However, he did not hesitate to up the ante when it came to insinuating the Huawei was a threat to the stability of the universe.

Just for once, I would like to see the ABC getting hold of an unaffiliated techie, a real nerd, one who knows bits and bytes, one who is willing to provide a technical view about the claims that the Americans have been throwing around about Huawei.

Engineers don't lie as a general rule; nobody from this profession will create two wires that convey 12 volts to a device and then tell you that, hey, it's only five volts. That doesn't happen.

And that does not mean one should get a man from China. There are numerous Americans, technical types, who know this whole FUD stream is a big lie and are more than willing to talk about it. There are even numerous Australians who will blow up this whole nudge-nudge, wink-wink rubbish that the Chinese are about to spy on our breakfast.

But does the ABC really want that kind of truth? Or does it prefer to host those who insinuate that China is waiting with a nuclear bomb designed individually for Scott Morrison and getting ready to blow him up? That, of course, pleases the government.

More in this category: « DTA's style guide: why not buy a book instead? Wikipedia did not accept author's word as truth about his own work »
Share News tips for the iTWire Journalists? Your tip will be anonymous