A Win-Lin situation: moving a small office over to Linux

Michael Pope is a pragmatic person by nature - a developer who, before he sets out on a task, takes sufficient care to create a soft-landing in case it is needed.


Hence, when he was asked by his employer to convert a small accounting firm from Windows to Linux, it is not surprising that his methods embodied his whole approach to things in general, and computing in particular.

Pope (below) runs the Melbourne Linux User Group, a LUG that caters more to hobbyist users than industry types, a cosy set of people who meet on the final Wednesday of the month for a talk and a drink; at times, they forget the formal talk and share their Linux experiences over a snifter or two.

The idea of moving the accounting firm to Linux was borne in the mind of Pope's employer after he himself had made the move. And this move was inspired by Pope who started using Linux for all his needs some 10 years ago. 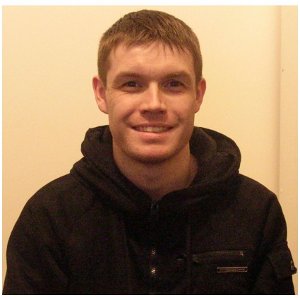 Pope has a number of sensible pieces of advice for those who are contemplating a switchover - don't force a conversion; lead by example; and don't get caught up on saving money.

He is quick to point out that the cost savings of converting to Linux will be obvious after using it for a year. "The conversion itself will most likely cost money but in the end it will be more stable, faster and more efficient," he adds.


Pope's conversion target consisted of about 10 PCs and six staff. As an accounting outfit, there are people ranging in age from the 30s to mid-60s.

His first step was to look for open source applications that could be used on Windows XP, the operating system that the company was using. He wanted the workers to become comfortable with the layout of the new applications, the menus, the screens and the feel of the applications.

"Convert over to OpenOffice.org, Thunderbird and Firefox (from MS Office, Outlook and Internet Explorer)," Pope says. "Identify the applications they need and only work on Windows. Then find alternatives that work on Linux or get them working under CrossOver Linux."

CrossOver Linux is a desktop productivity tool that allows many popular Windows programs to be run on Linux.

At times, says Pope, there may be an alternative which is still Windows-based; he says this could be adopted and made to run under CrossOver.

He chose to convert the entire outfit to one that runs Linux thin clients; he used the Linux Terminal Server Project - which adds thin client support to Linux servers - and decided to use Ubuntu as his distribution.

He advises building a server with plenty of memory, putting the old Windows system into virtual images and keeping the hard drive as a backup, swapping over to Ubuntu LTSP with a switch in the BIOS to boot off PXE. This means that a switch back to the old hard drives, if needed, is easy.

Pope uses SSDs instead of the standard hard drives as it removes one more moving part and eliminates the need for complex RAID setups. "Switching to Atom-based boards has saved a lot of power, noise and maintenance. You can usually get fanless models which attach to the back of the screen and cost less than $300 for a thin client," he says.

"What I set out do is to make the user experience of the new system feel much better than the old system. This meant making sure the hardware was updated and the server had the best running gear. Don't try and skimp on hardware otherwise people will get put off by the conversion as it will be slower or not as functional."

He started with one person and then slowly moved on. It took nine months in all - in part, because he handles all the tech work for this accounting company and also for his employer who runs an outfit known as Digitech Corporation - but things have now reached the stage where he is confident that they are stable.

The major problem that remains is with the applications that correspond with the government. The Australian government has something called AUSkey which is used for authenticating business activity statements that are submitted - the older version works with Linux, the newer one does not.

However there is welcome news that Linux Australia is working with the Australian Taxation Office to sort this out and ensure that AUSkey will run equally well under Linux.

A second problem concerns tax returns. The government's software uses Cisco's VPN client for authentication at the time returns are lodged. Since the tax application used by the accounting firm is running in CrossOver, it looks for the VPN app in that environment and cannot find one. Cisco does have the same client for Linux but it is of no use because CrossOver creates its own environment - it has to, since all the Windows DLLs are supplied in that environment.


Additionally, he recommends always making back-ups and having a backup of the old systems in the client machines so that one can switch from PXE boot to HD boot if the migration does no proceed according to plan.

"Don't try and convert everyone at once," Pope says. "I converted one person a month and took notes on what they found difficult or what they were missing and added that to my training for the next staff member."

His benefits? Central administration, easy backups of system and data, much faster speeds, low cost of adding computers, remote administration using freenx, and access to lots of software that has allowed him to do more (such as the PDF printer built into GNOME).

"One of the most important things that results due to a conversion of this nature is that one breaks free of the proprietary upgrade cycle," Pope says. "With each version of Ubuntu, the focus has been on improving the speed, stability and ease of use. With Windows, the hardware requirements are getting more and the speed - both boot and application launch - is dropping."

Asked whether helping others to convert could be turned into a business, he says this is a possibility which could be explored sometime down the road.

More in this category: « Debian developer Frans Pop passes away How to thank Debian for 17 great years »
Share News tips for the iTWire Journalists? Your tip will be anonymous