A smaller picture: Turnbull's musings on the national broadband network 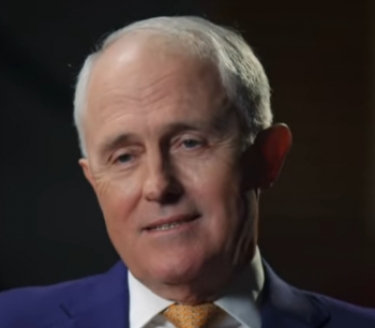 Malcolm Turnbull: "On assuming the shadow portfolio, I immersed myself in the nitty-gritty of broadband technologies." Courtesy ABC

Given that he was the person most responsible for the current parlous state of the national broadband network, it is surprising that former prime minister Malcolm Turnbull has devoted just nine pages to the network in A Bigger Picture, his recent 660-page memoir.

But, then again, perhaps he wanted to avoid dwelling too long on what has become the most noxious project in the country's history, with literally nobody wanting to take responsibility for massaging this disaster into something that lasts long enough to justify the $56 billion already spent on it.

[I must admit that I have been sitting on this op-ed for quite some time, hoping that someone else who picked up Turnbull's tome would write about it so that I could avoid doing so. I just hate writing about the NBN because it is a waste of time. But, strangely, though the political side covered in this volume has been done to death, no tech reporter has tried to examine Turnbull's NBN spiel. Alas, once again it falls to me to call out the emperor's...]

If you know nothing about the NBN and read this chapter, then you will come away thinking that this was a dog of a plan that was saved by a quick, brilliant politician who sacrificed no end to get things done. Nobody will know that Turnbull's stance towards the NBN — indeed, the party's stance — was foreshadowed by the fact that the policy launch during the election campaign was held at Foxtel Studios – a property owned by Rupert Murdoch, the fear of whom has driven much of the broadband policy (or, more accurately, the lack of it) in Coalition ranks since the days of John Howard.

Some part of those nine pages is filled with what preceded the 2009 launch of NBN Co, with Turnbull dishing out backhanders to both Kevin Rudd and Paul Keating. When Rudd called in consultants after floating a $43 billion plan, it was "the usual conga line of consultants, most notably McKinsey".

But when Turnbull called in the same tribe, there were no such endearing terms to describe Deloitte, Boston Consulting Group and KordaMentha. This was a "strategic review" in comparison to Rudd's use of consultants, which was... what?

Turnbull's book isn't exactly a thin volume as can be seen; it weighs in at 1.139kg. Photo: Sam Varghese

Turnbull styles himself as the great patriot who visited numerous countries — New Zealand, the US, the UK, South Korea, Canada, Germany, France, Malaysia and Singapore, along with Hong Kong — at his own expense to find out how they were upgrading their networks. "On assuming the shadow portfolio, I immersed myself in the nitty-gritty of broadband technologies," he writes.

To emphasise his selflessness, he has this, "On a shoestring budget, I was doing the kind of detailed due diligence and practical market research the government should have done."

Turnbull claims that one insight he gained — which appears to be the one he ultimately followed — "was that customers will pay for the cheapest speed that delivers them the service they want." At no point in these nine pages, does he offer any thoughts about the fact that one cannot dig up and build a broadband network every second year and therefore one should be looking at something that lasts for the next few decades. In short, he was not thinking of technology, but instead concentrating on marketing and sales.

There is also no mention of the industries of today and the future that could be enabled by an all-fibre network which would make gigabit speeds the rule and not the exception. However, he does mention Netflix!

Turnbull has also conveniently forgotten about the outrageous estimate he took to the 2013 election, claiming that Labor's NBN plan would cost $90 billion (I still have a copy of that plan!), while his side, the Coalition, would wrap it up for $29 billion. He only mentions the NBN Co's first corporate plan, that in 2014 put peak funding at between $46 billion and $54 billion.

He could have actually written the whole NBN chapter in one line: "I did everything right, while Kevin Rudd and Stephen Conroy screwed up everything they did; my appointments were all the correct ones, they made mistake after mistake."

The overwhelming impression from reading and re-reading these nine pages is that this was a man in a great hurry, seeking some kind of destination which he could reach soon, with no idea of what he was doing, and only wanting to finish the job and move on. There is no thought given to the fact that a network such as this should be treated as public infrastructure and funded on-budget.

Turnbull avoids any reference to the fact that the Optus HFC network was first picked to be used for the NBN and then could not be used because it was not fit for purpose. In short, anything that makes the sun shine out of his, well, eyes, finds a place in the book. Not so much anything that makes our man look anything but brilliant.

He ends the chapter with this line about the "team" at NBN Co: "...they have the satisfaction of knowing they turned a smouldering trainwreck of a project into a success story and in doing so built the largest piece of infrastructure in Australia's history."

But then perhaps one should not be surprised. This is the same man who stood up in Parliament and thundered, when there were questions over whether his deputy prime minister, Barnaby Joyce, was eligible to sit in the House (I'm paraphrasing): "Barnaby Joyce is entitled to hold his seat and the High Court shall so rule." That speaks volumes about his judgement.

More in this category: « Spy agencies should communicate better with Australians about matters that affect the public In 2020, the NYT still appears to be a little confused about encryption »
Share News tips for the iTWire Journalists? Your tip will be anonymous