How will Nine and Fairfax resolve differences over Google? 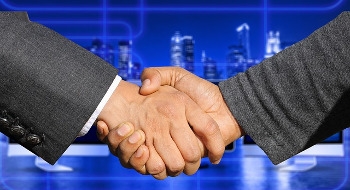 When Nine Entertainment takes over Fairfax Media by the end of the year as expected, the two companies will have plenty of areas which they need to compromise on. But one wonders how the two firms will resolve their differences over Google.

The two companies' attitude to Google was outlined in the submissions made to the Australian Competition and Consumer Commission's digital platforms inquiry.

Fairfax has a commercial arrangement with Google in place, and thus, expectedly, did not criticise the search behemoth in its submission – something that practically all other media organisations, apart from the ABC, did.

In fact, Fairfax was keen to praise Google, saying: "For example, two of Google’s core businesses — search and programmatic display — are heavily reliant on having quality content on the open web. This potentially creates a meaningful area of overlapping interest with the news industry.

"In recent months, we have noted a series of examples of Google working increasingly proactively with the industry to help address challenges or create conditions for publishers to capitalise on market opportunities."

Nine, on the other hand, did not hold back when it came to outlining what it claimed was the level of damage that Google had done to online media.

The TV channel's submission to the ACCC inquiry was supplementary to that of Free TV Australia. And the latter had this to say about Google and Facebook, describing both as parasites when it came to using media content produced by other companies.

"...Google and Facebook monetise content created by others, without meaningfully investing in its creation or licensing its use. To add insult to injury, these platforms earn significant revenue by facilitating access to illegal pirated content," its submission said.

In its own submission, Nine said it considered "that the digital platforms, particularly Facebook and Google, exert market power in various Australian markets".

And later on, Nine added: "Interoperability problems between Google’s technologies and third-party technologies, in addition to exclusionary and bundling practices, raise barriers to entry or expansion for competing providers of advertising technologies.

"Google’s dominance in the ad tech stack is detrimental not only for competitors in the stack, but also for publishers and advertisers. This allows Google to capture the benefits of the publisher-advertiser relationship for itself by “clipping the ticket” or charging excessive rents in respect of the intermediate transactions."

The Fairfax name will disappear after the takeover, with the joint entity to be known as Nine. Will Google be shown the door as a result of the takeover? If anything, it would be an interesting exercise to observe.

More in this category: « Who will provide cloud hosting for Govpass? Ah, that is a good question Mediocre software does not serve Google well »
Share News tips for the iTWire Journalists? Your tip will be anonymous