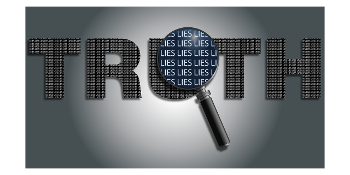 Australia is unique in many ways but today one more attribute of this country now falls into that class: we are the lone nation to be building a broadband network that cannot give us affordable super-fast connections.

Yes, you heard right. And you can't question the source, for these words come from the chief of NBN Co, Bill Morrow, the man who earns $3.3 million an annum (that's $9041 a day, a little less in leap years) to push the build of the National Broadband Network that has become both a joke and a national shame.

After Morrow suffered from an attack of loose lips and told a crowd at the release of NBN Co's half-yearly results last week that Australians, bunch of chumps that they are, did not want super-fast broadband even if it came gift-wrapped and hand-delivered with no money asked, he must have felt some amount of blowback.

So on Wednesday, Morrow decided that he had to provide some "facts" to try and change the narrative. So his narrative was that this NBN build could not provide super-fast broadband — and by that he means 1Gbps — at an "affordable" price.

But then who decides the wholesale price? Why, the same NBN Co. It is based on this price that retailers decide how much to charge the public. Retailers are upping prices to compensate for the insane rates they pay NBN Co. At the end of line is Joe Public who gets stung as usual.

Morrow's logic is that when something is priced out of reach, if people do not buy it, then they are telling the seller that they are not interested. Which sounds something like the "alternative facts" that Kellyanne Conway (of Trump administration fame) came up with last week.

His plan is that the NBN should be built as soon as possible and then it should be rebuilt as and when higher speeds become necessary. Yeah, sure. We need another decade of political wrangling with every two-bit politician throwing in their opinion like we need a bullet to the head.

The statement that takes the cake is this: "Rather than build for a demand that may materialise in 10 years, we are constructing a national network capable of continuous upgrading to meet market needs as and when they arise."

It sounds as if you can keep chopping and changing a network that is mostly fibre as often as you change your socks. Of course, Morrow won't be around at that time. He would have taken his millions and gone back to the US.

Morrow seems to be unable to understand that the NBN is not like the peanut business where you invest $100 and then try to sell your sack for $120 to immediately net a profit. The network, dear Bill, is a part of nation-building. It is infrastructure that will alleviate a host of problems. It is like water, gas and electricity. Is that too difficult to comprehend?

Either Morrow has also bought into the neoliberal thinking that treats every government service as one that should turn a profit, or he is being careful to avoid getting into trouble with his masters in Canberra.

It looks very much like the former, for he tries to draw analogies between Google Fibre and the NBN, one owned by a commercial operator and the other owned by a government. Google was not building fibre in order to avoid parts of the US going backward; it was, as usual, trying to make a buck.

And then the final bit of deception in Morrow's article is about speeds, where he blithely assumes that a 100Mbps connection will actually give you 100Mbps. Yesterday I spoke to one gentleman who said he had a FttP 100Mbps connection but never got speeds above 20Mbps.

How much would a rebuild cost? Ah, Morrow is silent on that. He flings about a figure of $49 billion as being the cost of the current mongrel network but has not a word to say on this instantaneous rebuild that he claims will happen.

As usual, the public will get screwed, for after the NBN is completed, there will be a deadline by which people have to get connected. For businesses, it is three years. For the masses, it is likely to be less.

It will be a case of déjà vu. Once again, you will be waiting for audio and video to sync as you try to watch a YouTube video. But you can console yourself with the fact that you are doing so on a "genuine" broadband network in a first world country.

More in this category: « Somebody forgot to tell pollies that NBN is pro-business Libs, Labor silent as Morrow spins his web »
Share News tips for the iTWire Journalists? Your tip will be anonymous