Bleeping Computer has egg on its face after bogus claims 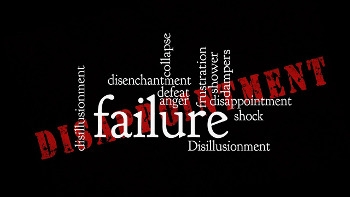 In what appears to be an "analysis" that belongs in amateur hour, the founder of the Bleeping Computer forum, Lawrence Abrams, jumped the gun and boldly announced on his blog "New FairWare Ransomware targeting Linux Computers".

His so-called findings were swallowed and repeated by numerous people; using the words Linux and ransomware in the same sentence generally attracts readers. It is otherwise known as clickbait.

Abrams has now written a new article titled "Hacked Redis Servers being used to install the Fairware Ransomware Attack". No mention of Linux there. No mention either that he made a big boob.

In an analysis by genuine security experts, the folk at Duo Labs have found that the so-called ransomware which Abrams was proclaiming as attacking Linux servers was, in actual fact, attacking Redis.

Redis is generally not part of any Linux distribution and has to be installed from third-party repositories. It runs on OS X as well and is developed on both Linux and OS X. It is not officially supported on Windows but Microsoft develops and maintains a Win-64 port.

As the Duo Labs researchers wrote: "Companies use Redis to store and retrieve data quickly and easily. Redis is intended to be used in trusted environments, and so it ships with a permissive security configuration, which is fine, unless you just put it on the Internet." (emphasis mine)

However, many people seem to be willing to tempt fate. Using the Shodan search engine, these researchers found that there were more than 18,000 instances of Redis exposed on the Internet.

They wrote: "We found automated attacks scanning the Internet trying to compromise devices running Redis with fake ransomware. Evidence of these attacks was found on 13,000 (72%) of the hosts running Redis, indicating that the hosts could be compromised. After setting up a honeypot to catch attackers, we recorded an attempted attack in just hours."

Abrams claims his areas of expertise are "malware removal and computer forensics". He claims to have written a book titled Rootkits for Dummies. Perhaps he should read that book himself, concentrate on what he claims to be expert at and leave the hardcore security stuff to the big boys.

More in this category: « Apple-EU stoush: No positive for Australia in decision Apple mired in a mess entirely of its own making »
Share News tips for the iTWire Journalists? Your tip will be anonymous