What is the sudden interest in SD-WAN about? 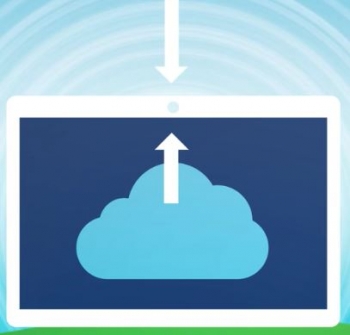 Following the initial barrage of service provider SD-WAN announcements this year, 2017 will see a dichotomy between the providers that deliver mature, scalable offerings and those that rushed to market with a minimal viable response to demand. That is the contention of Dr David Hughes, chief executive and founder of Silver Peak.

SD-WAN is a term I have been hearing more of so I sought some background from an Aussie (well, Kiwi by birth) who holds more than 40 patents in areas including data acceleration, packet switching, control and scheduling algorithms. Dr Hughes has a PhD in electrical and computer engineering from Wollongong University, Australia, and holds a BE in electrical engineering from Auckland University, New Zealand. Following are his views on the new technology and what to expect from 2017.

For those who are unsure of the significance of SD-WAN, it is a software-defined wide area network (SD-WAN) which is used to connect networks — including branch offices and data centres — over large distances.

The main goal of SD-WAN is to deliver a business-class, secure, and simple cloud-enabled WAN connection at LAN-like speeds over broadband Internet with as much open and software-based technology as possible. Put simply, it could and should supplement or replace horrifically expensive MPLS (Multiprotocol Label Switching) over dark fibre and leased lines. SD-WAN can reduce costs by up to 90%.

Tsunami of managed SD-WAN services to hit the market

Throughout the year, it will become clear which SD-WAN architectures and solutions perform best for carriers – also revealing the criteria that matter most to enterprises when evaluating new managed SD-WAN service offerings.

Machine and deep learning (AI) are rapidly revolutionising all industries. The year 2017 will bring early instances of machine learning-based innovations to networking. We will begin to explore the possibilities of machine learning, ultimately enabling wide area networks to run themselves autonomously at some point in the future.

As SD-WAN adoption continues to gain ground and go mainstream in 2017, the majority of initial enterprise deployments will be hybrid, leveraging both MPLS and a complement of broadband connectivity. Many enterprises already have some level of broadband connectivity to branch and remote locations, but these links often remain idle or are relegated to backup or disaster recovery (DR). Enterprises will begin to fully leverage this bandwidth to scale bandwidth cost effectively in line with expanding application and user requirements.

Introduction of SLAs for SD-WAN over pure broadband

To a large degree, current SD-WAN solutions sound quite similar. However, under the hood, each vendor's offerings are fundamentally quite different and at varying levels of maturity. As more enterprises gain experience with large-scale production deployments, the advantages and disadvantages the various approaches will become clearer. Some vendors’ architectures may be limited to a narrow set of use cases.

Best-of-breed or worst of everything?

Some SD-WAN vendors will attempt to go horizontal, seeking to deliver rudimentary support for nearly every function imaginable - while others will focus on core competencies and build partnerships and ecosystems to service chain best-of-breed functions, capabilities and services. Vendors that embrace building an ecosystem to complement their strengths will ultimately win.

Virtually all geographically distributed enterprises will continue to require WAN optimisation, perhaps not for all locations and offices, but certainly for a significant portion of their WAN traffic. It will become increasingly attractive to purchase WAN optimisation by-the-drip as an integrated service in an SD-WAN solution vs. buying it as a stand-alone product deployed at every location. Enterprises will demand the option to purchase and consume WAN optimisation on-demand for only the applications and locations that require it vs. over-paying for the maximum provisioned bandwidth across all sites.

Early SD-WAN offerings include the ability to break out Internet-destined traffic locally at the branch office. Enterprises are beginning to realise that this shouldn't be an all or nothing decision and will demand finer-grained control over which Web traffic is broken out at the branch and which is backhauled to a regional hub in alignment with security policies. In 2017, geographically distributed enterprises will seek to steer different types of internet traffic in different directions/paths based on business intent. Deep visibility and control over internet traffic will become a critical requirement for SD-WAN deployments.

The year 2017 will mark the most important year for early industry leaders to gain momentum, making it increasingly difficult for new entrants to survive and thrive. Smaller SD-WAN vendors will struggle to remain relevant and will be relegated to occupying a niche position in the market. It will become far more difficult for new entrants to bring incremental offerings to market and establish market penetration or traction.