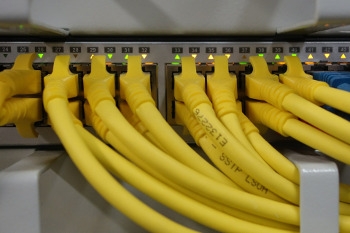 The ANZ head of a company that sells networking equipment has contested claims made by IDC that the business market for Ethernet switches is being affected by the spread of cloud computing.

Graeme Reardon, the managing director for D-Link in the ANZ region, told iTWire that IDC was basing its conclusions on sell-in data, or vendor to distributor shipments.

IDC had said that sales of Ethernet switches in the first quarter of 2017 fell 21% year-on-year and 12% quarter-on-quarter, the biggest drop since 2015.

It also added that while earlier declines could be linked to events like federal elections, the most recent was systemic and driven by the fact that Australian businesses were moving workloads to the cloud.

But Reardon, who pointed out that D-Link sales were measured by sales to the end-point or the customers themselves, claimed that D-Link had seen 22% quantity growth year-on-year in the overall switching space.

"As IDC rightly stated, virtualisation and software-defined networking is occurring in the data centre, and is clearly having an effect on those vendors focused in that space," he said.

"However, affordable, on-premise switching solutions continue to be in demand as businesses require the ability to move larger files, including data and video, around the business network.

"We are now starting to see the takeoff of 10Gb to the desktop in corporate and SME customers, not just in the data centre, reflecting in our 10Gb switch growth in Q2 2017."

Reardon said power over Ethernet remained a key driver of growth in the business switching space for D-Link. "(This was) on the back of IP surveillance solutions being rolled out, as well as wireless APs being installed with PoE as the preferred choice, rather than having electricians running power into hard-to-reach roof cavities/ceiling corners etc," he added.

The company had recently launched its new range of managed switches, "which, according to Tolly Group, outperform competitive products in both performance, energy consumption and cost per port, so we expect continued growth in the higher-end  managed switch space also", he said.

Reardon claimed that D-Link remained the leader measured by total number of Ethernet ports shipped in the Asia-Pacific region excluding China and Japan, citing IHS Technology figures which gave it more than 37% marketshare.

More in this category: « D-Link’s next-gen Layer 3 stackable managed gigabit switches switch on in A/NZ Telstra's big bets for the network of 2020 »
Share News tips for the iTWire Journalists? Your tip will be anonymous