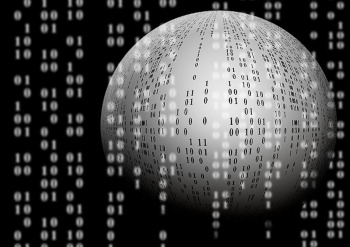 One of the people who has been involved in the Internet industry since the early days remembers the period around the turn of the century as a "pretty volatile time" as the network was moving from being a niche technology to mainstream.

Peter Coroneos, who headed the lobby group Internet Industry Association at the time, told iTWire in response to a query, that, "There were some growing pains as the early pioneers lost control of their experiment. Like Frankenstein’s monster, it took on a life of its own."

Sunday, 23 June, marked 30 years since the Internet was introduced in Australia and iTWire spoke to a number of people who were involved in the technical side of things and also took a look at how the domain name system was handled at the time, given that the whole set-up was, initially, private.

The .au domain namespace was handled by an academic from Melbourne University, Robert Elz, who is now in Thailand, but has not been contactable for many years. Of him, Coroneos said, "I remember the unfathomable and beautifully idiosyncratic Robert Elz telling me one time that he had the domain name server for Australia under his desk, and that if he’d accidentally kicked out the power cable, the entire Australian Internet would have gone down."

Coroneos said Elz handled all the .au domain name applications at that time. "He manually processed them in strict date order via an in-tray on his desk. Robert wasn’t amenable to pressure. If you rang to inquire about the status of your application, it went straight to the bottom of the pile. That was his way," he said.

But there were positives to this method of operation as well. "He created what I thought at the time were some very insightful policies around eligibility," said Coroneos, who now runs a cyber consultancy in Sydney along with tech veteran Peter Kazacos. "You basically had to prove a verifiable need, like a real business or organisational name connection with the domain requested. In this way, we avoided the shocking cyber-squatting battles that were happening in the US at the time."

In 2001, pressure was brought to bear on Elz who finally had to give up the namespace to the newly created auDA. "Still, it felt like being in a gold rush or a land grab. These early conflicts and inefficiencies coupled with the unprecedented growth rates gave way to a recognition that we needed a more professional, ordered and scalable system for domain name management," Coroneos said.

The Internet Industry Association — and its earlier incarnation, the INTIAA — held some forums to try and bring about a consensus between the warring factions. "There were some pretty strong views on how the sector should be governed and some heated meetings," Coroneos recalled. "In the end, we reluctantly turned to the government for advice. The domain name sector had the chance to get its house in order, but it failed. I helped Patrick Fair write a constitution for a self-regulating entity called auDA. The government passed some reserve laws to keep it in check."

Coroneos said about that time or a little earlier, Ira Magaziner [the senior adviser for policy development for President Bill Clinton] came to Australia from Washington and asked about the local views on regulation. "I remember the meeting on a Saturday morning at the Consul-General’s residence. The US Government wanted to step out of domain name control via the Commerce Department, but wanted to hand over to a stable organisation that wasn’t going to be immediately mired in litigation," he said.

"Subsequently, ICANN was born. Paul Twomey was at that meeting, as were IIA chair Richard Cousins, Patrick Fair, Luke Carruthers, maybe Professor Peter Gerrand and a few others. I think [APNIC chief scientist and Internet pioneer] Geoff Huston was there too. It felt like a historic moment and, in hindsight, it probably was.

Coroneos said everyone owed a huge debt of gratitude to Elz, Professor Bob Cummerford, Huston and a handful of others for their early work which was "the foundation of everything we enjoy today".

He expressed concern over the state of the Internet today. "Like Geoff, I’m very concerned that bad actors are poisoning the well for everyone. The Internet was never built for safety. It was built on a best-efforts specification to deliver data packets to destinations. Everything we do today happens on top of that.

"Trying to retrofit security into something that was built on an assumption of trust is hard. Raising human consciousness about safer behaviour is harder. Ridding society of malevolent forces that abuse whatever technology is at hand is pretty much impossible."

Coroneos said there had been some pretty major battles safeguarding the Internet during its early days. "The political and institutional pressure our industry, our members and, at times, our association, was under was intense. We saved streaming at the 11th hour. People don’t realise just how close we came to not having what we have today.

"Established forces sensed they were being disrupted and disintermediated and their reflexive responses were coming straight out of fear. A cornered beast is a dangerous thing."

More in this category: « When one man ran the Australian domain name system... Aruba deploys SD-WAN for City of Whittlesea »
Share News tips for the iTWire Journalists? Your tip will be anonymous