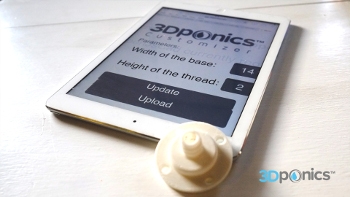 A Canadian company that created the first 3D-printable "open source" hydroponics system has released its first MakerBot-ready app to help people design their own custom gardens.

3Dponics has released the 3Dponics Customiser app which works on iOS, Android, OS X, Windows or Windows Phone and in any standards-compliant browser. It requires no plugins and is sufficiently intuitive so that one does not need any design experience to use it.

The 3Dponics system uses some parts which are printed on a 3D printer and others which are commonly available.

The app is now among the few featured by MakerBot which is a manufacturer of consumer-friendly desktop 3D printers. 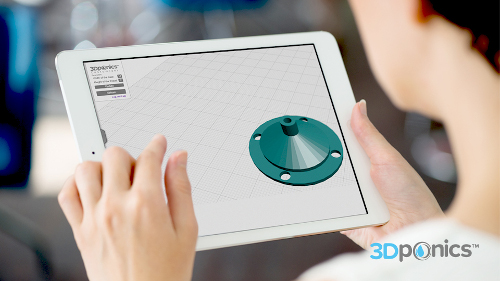 "Now that the 3Dponics Customiser is a MakerBot-Ready App, we expect more people will build 3Dponics, since getting started will be easier and faster,” Michael Golubev, the founder and chief executive of 3Dponics, was quoted as saying in a media release.

"Not only that, but it will be more fun and educational. We expect this app will encourage MakerBot users to take on more meaningful 3D-printing projects, to get creative with their designs and to build the most efficient 3Dponics system yet."

Users can download the app and designing their own parts for 3Dponics. When it is ready to print, the user can Save, and the file gets sent to the MakerBot Fifth Generation Replicator.

"From there, users simply connect their MakerBot to WiFi; open their Library to access the MakerBot-Ready Apps portal; and select the 3Dponics Customiser. Their list of custom parts will be there, so all they have to do is start the print," the release advised.

BACK TO HOME PAGE
Published in MVNO
Tagged under