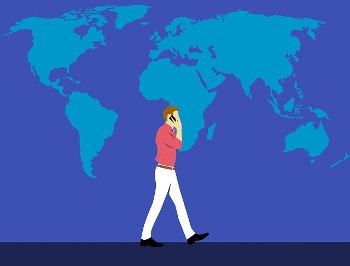 Mobile virtual network operator Boost Mobile claims telecommunications carriers in Australia are holding back on supporting eSIMs as they may well end up losing customers.

The company's founder, Peter Adderton, was quoted by News Limited as saying carriers did not support eSIMs because it gave users the power to switch at will. Boost resells Telstra's mobile service.

Not a single major Australian carrier has yet announced support for eSIMs which came into prominence after the recent Apple launch of its XS and XR models.

As iTWire editor Stan Beer pointed out in an op-ed last month, the eSIM capability would be a significant advantage to Australians who travel overseas frequently.

"An eSIM is an embedded chip in the phone that is software writable, so in future users could switch mobile operators without changing a physical SIM," Beer wrote.

The News Limited report quoted an Australian Competition and Consumer Commission spokesman as saying it was watching the movement of telcos to support the new technology.

Adderton told News Limited: "The carriers do not support eSIM because that puts the power into consumers’ hands and the consumers can leave without having do to a SIM swap.

“Subscribers should be able to move, if you do the best job and offer the best plan and the best network and give good customer service you should keep that customer.

“Carriers will have lost the ability to be able to lock you in to their network, because you will be able to take your same phone and switch to another network seamlessly.”

Telstra has 43% of mobile subscribers in Australia, Optus 28% and Vodafone 18%, with smaller companies catering to the remaining 11%.

Published in MVNO
Tagged under

More in this category: « Telstra, Harvey Norman live on LivePerson Apple Business Chat
back to top