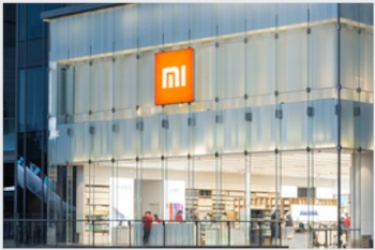 Global smartphone sales to end-users fell by 5.7% year-on-year to 366 million units in the third quarter, the technology analyst firm Gartner says, adding that the Chinese vendor Xiaomi moved ahead of Apple during the quarter to become the third-ranked smartphone vendor globally.

The analyst firm also noted that overall sales for the quarter were 401 million units, a drop of 8.7% year-on year.

Asked about the two differing figures, a Gartner spokeswoman pointed out that there were three kinds of mobile phones: basic, premium and utility.

"A premium phone is a device that offers a rich communication experience, such as the latest processor, advanced camera functions (multi-camera, depth sensor, wide-angle lens) and hardware; with premium materials for the case and hardware, high-end screen technology and virtual personal assistant integration," the spokeswoman said.

"A basic phone is a device generally running Android but with limited features and lower technology advancements compared to premium phones. This translates into lack of high-end camera hardware (such as depth sensor) and lower-end screen technology with a resolution of 1080p and higher.

"Utility phones are a mix of voice-centric and entry-level data experience devices, generally low-cost (below US$90 (A$122.50) street price), with limited specifications and functions. It is mainly targeted at emerging markets and first-time users and is often used for pre-paid subscriptions in developed markets." 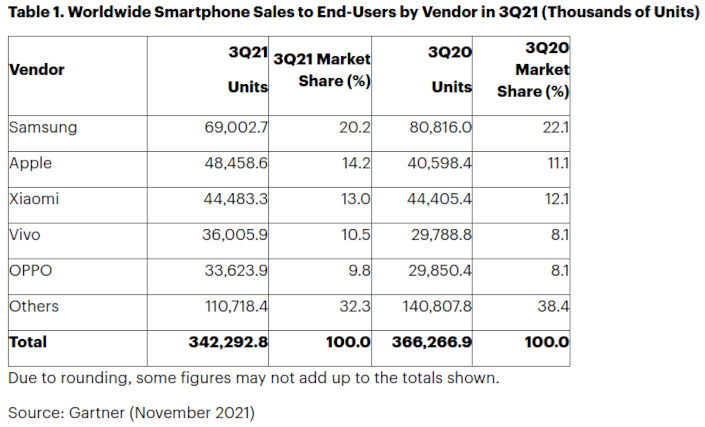 The Gartner note said the decline in the third quarter was much smaller than those seen in the first two quarters, when sales fell by 20% each time.

“Consumers are limiting their discretionary spend even as some lockdown conditions have started to improve,” said Anshul Gupta, senior research director at Gartner.

“Global smartphone sales experienced moderate growth from the second quarter of 2020 to the third quarter. This was due to pent-up demand from previous quarters.”

As far as vendors were concerned, Samsung kept its first spot, followed by Huawei. Apple came in fourth, with OPPO making up the top five.

Gupta said there were signs of a sales recovery in some markets. “Early signs of recovery can be seen in a few markets, including parts of mature Asia/Pacific and Latin America," he commented.

"Near normal conditions in China improved smartphone production to fill in the supply gap in the third quarter which benefited sales to some extent. “For the first time this year, smartphone sales to end-users in three of the top five markets — India, Indonesia and Brazil — increased, growing 9.3%, 8.5% and 3.3%, respectively.”

More in this category: « Huawei testing liquid lens tech for use in next flagship: report D-Link adds to mobile connectivity options »
Share News tips for the iTWire Journalists? Your tip will be anonymous