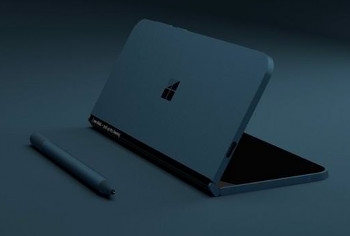 Windows fans have launched a petition asking Microsoft to come up with a mobile Surface device after leaks indicated that one was in the works. Six thousand fans have already signed up to indicate that they would buy one.

Enthusiast Zachary Hinski, who launched the petition on change.org, said: "All the fans of Windows Phone want Microsoft to release the Surface Phone aka Surface Andromeda Phone Project that has been leaking out lately with the phone screen that can turn into a tablet."

He said he wouldn't mind paying between US$799 and US$999 for such a device, or even more if it was "truly groundbreaking".

Last week, the website The Verge  published claims that Microsoft had been working on what it characterised as a "new mysterious Surface device for at least two years".

"Codenamed Andromeda, the device has appeared in patents, reports, and in operating system references multiple times and will include a dual-display design," it said. "According to a Microsoft internal document obtained by The Verge, it’s also going to be a pocketable Surface device."

In October last year, Joe Belfiore, a corporate vice-president in the Operating Systems Group at Microsoft, confirmed what many had long suspected: the Windows Phone was dead.

But since then, there have been occasional rumours that Microsoft was working on a Surface mobile device, especially since its range of Surface tablets and laptops began to gain traction in the market.