Windows 10 (launcher) for Android – and other Windows news Featured 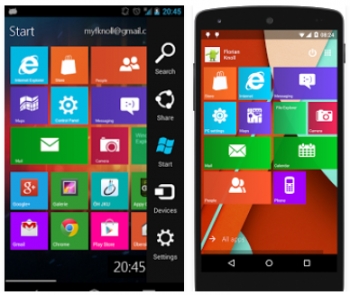 There are several apps in Google Play to bring a Windows 10 like interface to Android. Soon Microsoft will have its own app as well.

For example Mobile Software Solutions Knoll has released its Windows interface for Android – well inspired by Windows 10. It brings the ‘Tile’ system to Android – “unique look and feel with the fast, clean and energy efficient Launcher.” So far its version 1.0.25 launched on 9 October, has a four star rating [out of five] with users commenting, “It is great and it is precisely the simple interface that Android needs.”

Meanwhile Microsoft is working on its own launcher and is planning to release it by the end of October. It is more than a theme – it wants the Start menu system, Windows swiping gestures, and tighter integration with Cortana, Bing, Office, Outlook, as well as Android’s own productivity and camera apps.

Microsoft’s move into Android space is part of its stated aim “To empower every person and every organization on the planet to achieve more … at our core, Microsoft is the productivity and platform company for the mobile-first and cloud-first world.”

Esteemed Senior Technology journalist Chris Griffiths at the Australian writes “The move shows the energy Microsoft is putting into its rivals’ ecosystems when it sees a benefit, in what is a marked change under chief executive Satya Nadella. Last month, it was reported to have bought Double Labs, the developer of Echo Notification Lockscreen, another Android lock screen app.” He adds that Microsoft says, “We’ll go where the customers are.”

For now that is largely Android.

Codeweavers CrossOver – a Windows emulator for Mac and Linux will soon release its Android version that will run Windows 10 Universal apps on Android tablets (not sure about phones yet). Earlier versions have been a bit flaky but it is improving and there is one catch – the device needs to run Android on Intel’s x86 Atom.

Continuum continues to be one of the most talked about features of the new Windows 10 Mobile. Apple and Android do not have it - and are unlikely to for some considerable time. I am not sure – well reasonably confident – that iOS will not support it in the short term. Android may.

If you do not know what it is - it allows new, suitably specified, Windows 10 Mobile phones to run - via a dongle that allows you to plug in a mouse, keyboard and monitor (any size) - a Windows 10 like system on the monitor. It is, for all intents, a Windows 10 PC from your phone. Bryan Roper, marketing manager at Microsoft commented at the launch:

It could – no will – eventually spell the end of bulky mini-tower PCs. No need to buy separate software, no need to by a dedicated PC tower. Microsoft’s ecosystem is coming full circle, with its smartphones, tablets, notebooks and PCs tethered together with [almost] a single operating system.

Surface is a real hit

Lenovo has released its IdeaPad Miix 700, HP and Dell are selling Surface to commercial customers and are making Surface like device like HP’s Spectre x2 and Dell’s XPS 2.

The 2-in-1 form factor is here to stay and will replace Ultralight laptops soon. 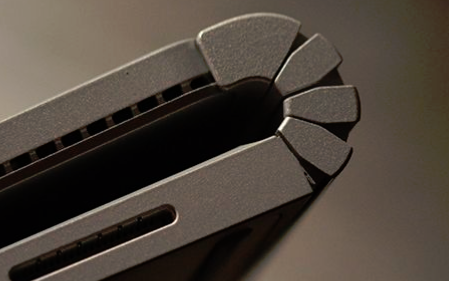 And to correct my former comment about the Surface Book’s clamshell 4-in-1 design – it does have a small gap where the hinge meets the screen when closed in a clamshell manner.

What all this means is that the whole war - Mac versus PC, Android versus iOS versus Windows, and Lumia versus Samsung versus iPhone et al, is coming to an end because Microsoft has drawn a line in the sand and said “to hell with you all – we will go where the customers are.”

More in this category: « VIDEO: Aussie Dog and Bone protects your new iPhone Microsoft Band 2 is agnostic »
Share News tips for the iTWire Journalists? Your tip will be anonymous