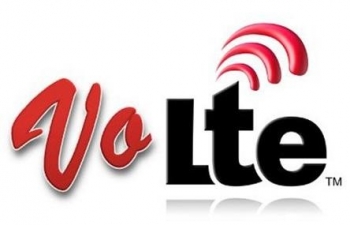 Vodafone Hutchison Australia (VHA) has announced successful trials of VoLTE (voice over LTE) which it says will lead to a better 4G service ‘later this year'.

Voice over LTE, otherwise known as VoLTE is the Next Big Thing in voice telephony. LTE (‘long term evolution’) is another name for 4G, and as its name suggests VoLTE uses the 4G network as a data channel to run voice over.

“Vodafone is carrying out extensive laboratory and field testing of the technology before making 4G calling available to customers later this year, said VHA chief technology officer Benoit Hanssen. “This is a milestone in Vodafone’s network evolution.

“With VoLTE, customers will enjoy call connection times that are two to three times quicker. There’ll be virtually no lag between pressing the call button and being connected to the number you’ve dialled.”

Hanssen said he 4G standard was originally developed as a platform to carry data, but VoLTE now allows mobile phone users to enjoy the extra benefits of the spectrum.

“VoLTE fully integrates voice and data for a better customer experience. It allows mobile phone users to talk on their device and access 4G data at the same time, instead of the current technology which sees smartphone users drop back to 3G when making or receiving calls.

“Vodafone will be one of the first to launch VoLTE in Australia. It offers the benefit of staying on 4G when receiving or making calls, offering a better data experience,” said Hanssen.

“This is the next stage of our network evolution made possible through the introduction of our new core network. We will continue to innovate and offer our customers a world-class mobile experience.”

Note the “one of the first”. Telstra is also trialling VoLTE and plans to release a service some time in 2015. VoLTE will operate only with compatible handsets, which VHA lists as the Apple iPhone 6 and 6 Plus, the Samsung Galaxy S5 and Galaxy Note 4, and the Huawei Ascend Y550.

Vodafone says it now has more than two million devices connected to its 4G network, which it also says now reaches 95% of Australia’s metropolitan population.

More in this category: « Windows 10 Mobile seen in the wild SanDisk iXpand makes space on iPhones and iPads »
Share News tips for the iTWire Journalists? Your tip will be anonymous