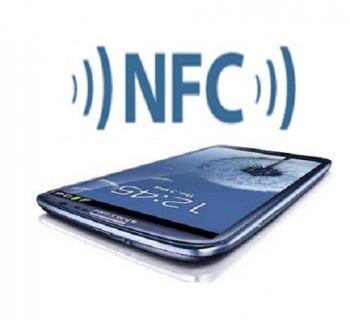 A day after MasterCard announced that Australia would be the first country in the world to use its MasterPass digital wallet, rival Visa announced a deal with Samsung to accelerate the use of Samsung smartphones as mobile payment devices.

Visa and Samsung signed a global alliance agreement at this week’s Mobile World Congress in Barcelona to use the NFC (near field communications) capabilities of the new generation of Samsung smartphones so the they can be used as digital wallets.

But Visa was beaten to the punch by MasterCard, which the previous day announced that Australia will be the global test bed for its new MasterPass system (CommsWire 25 February). MasterPass will use any payment card or enabled device such as a smartphone to make payments. Users can choose to pay from a list of pre-stored cards and shipping addresses kept securely in the digital wallet, removing the need to manually enter payment details as is necessary with most existing online payment systems.

The two announcements indicate that the long awaited digital wallet is at last becoming a reality. The capability has been promised for many years, and a critical mass of smartphone users the time, it seems, has arrived.

The agreement between Visa and Samsung is not quite the same as what MasterCard is offering, but the effect will be the same. Financial institutions that are planning to launch mobile payment programs will be able to use the Visa Mobile Provisioning Service to securely download payment account information to NFC-enabled Samsung devices.

Samsung is battling with Apple for supremacy in the global smartphone market. Apple’s iPhone does not have NFC capability, a decision Apple is probably coming to regret. It is relying on its proprietary Passbook digital wallet, which no-one else has adopted. The days when Apple can go its own way and hope the world follows have passed.

Visa says its alliance with Samsung is the first of its kind between a leading NFC handset manufacturer and payment network that is paving the way for the implementation of large scale mobile payment programs.

Analyst group Ovum says the agreement is also designed to bring more financial institutions on board as they can use Visa’s Mobile Provisioning Service to securely upload customers’ payment account information onto NFC-enabled Samsung phones.

It’s a significant agreement that could give NFC a much-needed boost,”says Ovum’s Eden Zoller. “Visa is a trusted payment brand and Samsung is the top smartphone manufacturer in terms of shipments and a driving force behind the increasingly popular Android device platform.”

Zoller says that both Samsung and Visa are committed to NFC. ”We would expect them to put effort and marketing muscle behind making consumers aware of the potential benefits that NFC payments can bring. This is desperately needed as for most consumers, mobile payments – let alone NFC – is simply not on their radar.”

This is backed up by Ovum’s latest Consumer Insights survey –when consumers were asked to rank their most frequently applications, mobile commerce related applications were very low down on their list compared to mobile games, email, and social networking. Visa says contactless payments have quadrupled over last year and now generate around 13 million transactions per month.

It was always going to happen, and now its seems it will happen quite quickly. We have seen a number of technology advances in recent years – smartphones, NFC, contactless RF credit cards, greatly improved micropayments systems – that have moved us closer to the digital wallet and the so-called cashless society.

MasterCard’s decision to launch MasterPass in Australia first is significant – we led the world in EFT and ATMs, the economy is relatively strong, and we are large enough to be significant but small enough to make implementation relatively easy.