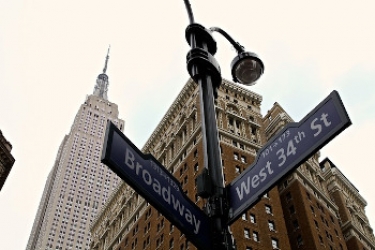 Smartphone sales in the US have fallen by 21% year-on-year in the first quarter of the year, the technology analyst firm Counterpoint Research says, adding that this was driven by store closures and stay-at-home orders later in the quarter.

The company did not offer any figures for the quarter but said the sales of all major brands had fallen by differing amounts. The best-sellers for the period were the iPhone 11, iPhone 11 Pro Max, iPhone XR, Samsung Galaxy A10e and the Samsung Galaxy A20.

“In Q1 we began seeing impacts on smartphone supply in February and early March due to Chinese factory closures due to COVID-19," said research director Jeff Fieldhack.

"OEMs that had their production factories located in Wuhan were affected the most. A late tax season bump saw a sales rise for pre-paid devices in late February, but supply shortages limited this sales growth.

"In mid-March, demand plummetted due to COVID-19. States began to issue stay-at-home orders and both carriers and national retailers closed stores restricted foot traffic and offering curb-side pick only in some cases. Around 70% of post-paid stores closed in March leading to a steep decline in smartphone sales for the last month of the quarter.” 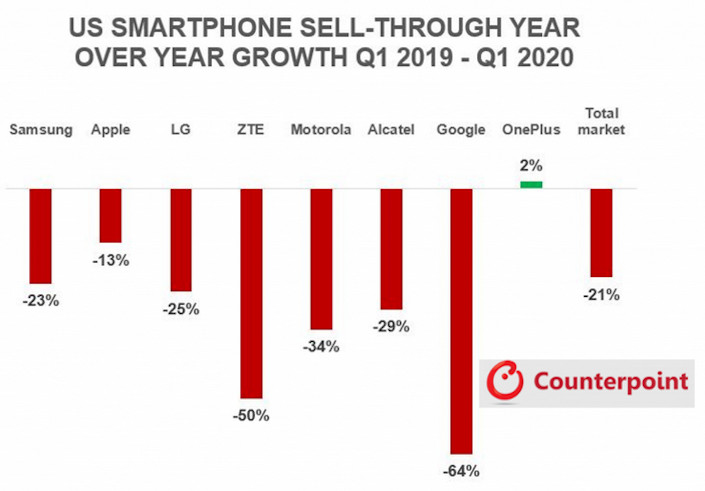 Research analyst Maurice Klaehne while Apple stores also closed in March, demand shifted to online sales for the OEM as it has a base which often knows which device they want and are familiar buying online.

"Apple only declined 13% YoY, which is far better than the other tier one OEMs," he said. "Samsung declined 23% YoY. The A-series continued to be a sales driver for the OEM as S20 series sales were off to a weak start due to COVID-19 shutdowns taking effect right as devices hit the market.

"Samsung offered a US$200 online promotion to drive sales in March and even initially launched the devices through its own online channel similar to how Apple drives sales through its Apple Stores during launch months.

"Samsung is offering both the S20 Plus and S20 Ultra with both sub-6 and mmWave 5G, while the S20 only has sub-6 5G. This means that the lowest cost S20 model is currently not being offered at Verizon, although the carrier did announce it would be carrying it soon.

"Other OEMs saw steeper declines as they were hit more strongly by early supply shortages or had weaker sales due to store closures. While OnePlus did see growth in the quarter, their sales grew YoY from a small base. OnePlus continues to make inroads into US carrier markets, especially through their competitively priced 5G smartphone offerings.”

More in this category: « Microsoft pumps up the Surface volume Google's ad platform has massive lead in biggest Android market India »
Share News tips for the iTWire Journalists? Your tip will be anonymous