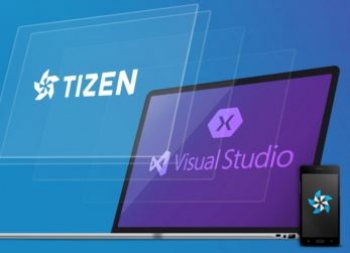 Tizen developers can now build applications using Microsoft’s .NET and Visual Studio. It should lead to rapid development of more Tizen apps but to ensure this it has also launced a generous incentive scheme.

Last November, Samsung announced a collaboration with Microsoft on .NET open-source projects such as .NET Core and Xamarin.Forms, and released the first preview of Tizen .NET. An official version will be released in the second half of 2017.

Hong-Seok Kim, vice-president of Samsung Electronics’ Software R&D Centre, said, “Samsung is excited to release the second preview of Tizen .NET, and will release newer versions of previews every two months until the official version is shipped later this year. We are fully committed to delighting Tizen developers with .NET.”

Tizen is an open-source operating system based on Linux that is hosted by the Linux Foundation and open to all developers. The operating system now powers 50 million Samsung devices, including Smart TVs, mobile phones, wearables and other IoT devices.

Samsung is also Google’s largest Android customer but Tizen has always been mooted as an operating system in “reserve” in case relationships sour. Samsung has released its Z1, Z2 and Z3 Tizen-based smartphones in cost sensitive markets. The Z3 is essentially a Galaxy S5 class device and the Z2 is a US$70 LTE device that bridges the gap between feature phones and smartphones.

The problem with Tizen (as with Windows Mobile and Phone) is the lack of apps. The Microsoft .NET deal exposes Microsoft developers to potentially 50 million (and growing) Samsung devices – or at least makes it easy to port apps for Windows, Tizen, Android and even iOS.

Analysts also report that Samsung has played a part in getting ARM processor support to the .NET Core – playing a part in the Qualcomm Snapdragon 835 SoC natively supporting Windows 10 and Win32 programs.

Samsung has launched the Tizen Mobile App Incentive Program, which pays US$10,000 every month to developers whose apps make it to the Monthly Top 100 list of eligible apps.

The program runs from 1 February until 31 October. To be eligible, developers must have their apps registered with the Tizen Store Seller Office and gain approval for them. The apps must target Samsung’s latest Z series of smartphones to be released in 2017. Details are here.

Starting on 1 March, Samsung will announce the Monthly Top 100 apps, the developers of which will receive a payment of US$10,000 each. With the program running for nine month, the total payout is estimated at US$9 million.